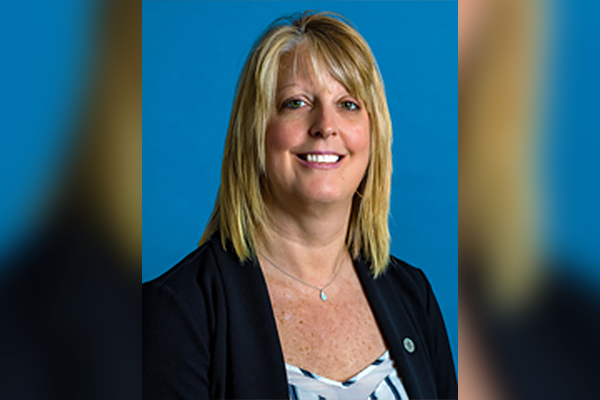 Wilson says she never really thought about becoming a leader, she just wanted to get involved and help her co-workers.

“That led to learning and growing in this great union, and if it wasn’t for some very great Brothers, I wouldn’t be where I am today,” said Wilson.

Wilson says she encountered many obstacles.

“Too many to share, especially with no other women before me to help with those obstacles,” said Wilson. “My first obstacle had to be my very first negotiations as a Business Representative. Prior to starting them, then District 65 Directing Business Representative Norm Smith called the Chief Steward to set me up to meet the committee and the steward stated ‘we don’t want a ****** women.’ This shop ended up going on strike from September to February. But through all of that, they became one of my biggest supporters.”

“Sister Lorie is an outstanding example of a strong leader who makes the IAM a stronger more resilient union,” said IAM Eastern Territory General Vice President Brian Bryant. “She was the first representative I added to my staff once I was assigned to the Eastern Territory. Our members are fortunate to have her knowledge, experience and expertise available to draw from.  I am proud to call her a Sister and a friend. She is someone all our IAM sisters can look to for inspiration.”

Wilson credits many mentors for helping her along the way.

“My main mentor is retired Norm Smith,” said Wilson. “Norm saw something in me when I became local lodge president and eventually appointed me to Business Representative when he was retiring. He provided me with advice, guidance and support. I never felt like ‘it was just because I was a woman.’ He made me feel like I deserved it and I belonged.  I will forever be indebted to him.”

“Retired Eastern Territory Grand Lodge Education Representative Donna Perinetti had some similar obstacles with working for the territory with no other Sisters on staff,” said Wilson. “She showed me that building relationships with our Brothers helps us conquer obstacles along the way, and we are stronger when everyone works together.”

Wilson advice is for every Sister to get involved in your local lodge.

“Don’t let anyone hold you back,” said Wilson. “Michelle Obama said, ‘there’s power in allowing yourself to be known and heard, in owning your unique story, in using your authentic voice.’ For all members, learn that regardless of sex, race or orientation, we all need one another to keep this great union keep moving forward.”

“I hope our members learn that all of us belong, and if a Sister is promoted, it doesn’t mean they received the promotion just because they are a woman,” said Wilson. “Keep breaking down those barriers. Get involved in educating all workers who continue to try to bring us down and degrade us. We worked our asses off and deserve it!”

Lastly, she wants to encourage others to “continue to educate both our Brothers and Sisters on how to embrace each other and work together to take down any barriers that get in the way. I am looking forward to getting the LEADS program started and see all of our Sisters grow and meet their potential.”