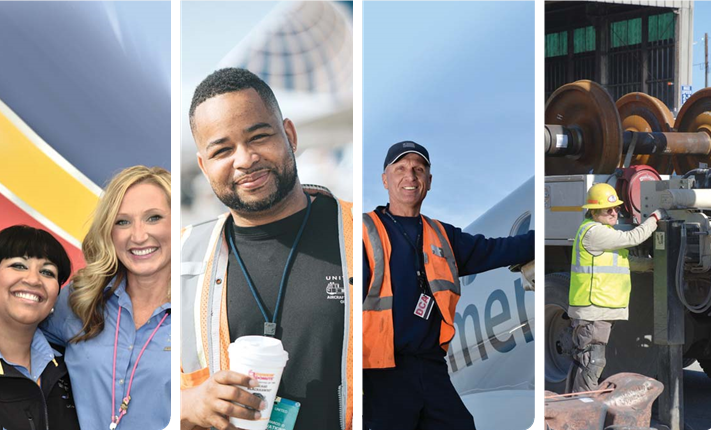 Solidarity was the focal theme that emerged from the biennial conference of the IAM’s largest territory, Transportation. More than 600 delegates came to Las Vegas—the largest in the territory’s history.

Unity and work ethic of transportation members in the airline and railroad industries made the success possible.

Delegates learned how to handle active shooter situations from the Department of Homeland Security and how the IAM’s Critical Incident Response Team has responded to past incidents and developed a new curriculum to train additional members.

On the railroad side:

The IAM has also thought outside-the-box with new organizing models at places like McGee Air Services, where the union has organized over 1,200 new members since July 2016, and over 900 at United Ground Express (UGE). Both of these are new companies and the membership will continue to grow significantly as they expand.