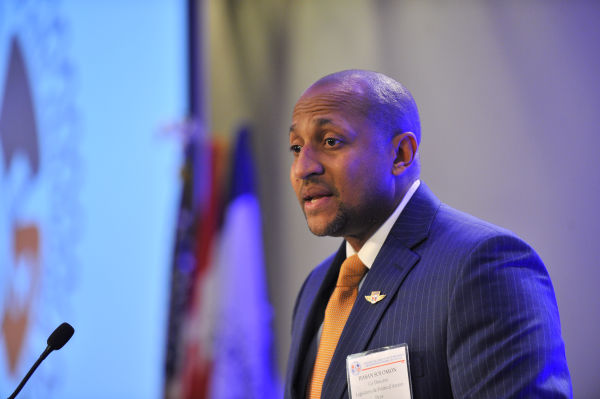 “We brought in over 300 Machinists Union activists from across the country to pretty much speak truth to power,” said Solomon. “As you know, during the campaign we hear a lot of promises and now we’re trying to hold some of these elected officials accountable. We believe that we don’t work for them, they work for us, and it was pretty much a performance evaluation week last week on Capitol Hill.”

Solomon emphasized that it was the IAM and organized labor that prevented the Trans-Pacific Partnership (TPP) from ever coming to a vote.

“We stood up and were unified and organized and we made sure that anybody who supported TPP, we would not support them,” said Solomon. “Now the main topic is renegotiating NAFTA, which we believe is the worst trade agreement in the history of this country. And we want to make sure it is renegotiated right… But we need to be sitting at the table.”

The program also included a portion of IAM International President Bob Martinez’s comments on Capitol Hill, where he stood alongside Sen. Bernie Sanders (I-CT) and several other senators who co-sponsored the Keep Our Pensions Promises Act (KOPPA) in response to radical changes made by Republicans to multi-employer pension protections.