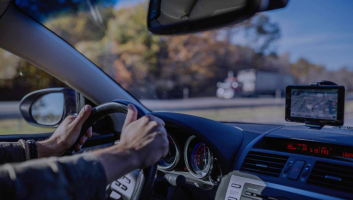 Uber, the app-based ride hailing company, calls it “deactivation,” but for the drivers, it really means they’ve been fired.

When a driver’s rating falls low enough on its five-star grading system, Uber can unilaterally fire drivers. That would’ve been the end of their Uber driving careers, until now—at least in New York City.

Thanks to the Independent Drivers Guild (IDG), an affiliate of IAM District 15, Uber drivers now have a real chance of getting their job back.

“According to [IDG Founder Jim] Conigliaro, Jr., drivers can contest deactivation decisions in front of a five-member “peer panel” of drivers, selected by the guild and the company. The hearings will be overseen by the American Arbitration Association, a nonprofit group, and drivers can request representation from the IDG.

“In a statement on its website, Uber noted that deactivations made for ‘zero-tolerance violations,’ such as criminal activity or sexual assault, cannot be appealed. Drivers who are kicked off for low ratings will also go through ‘a separate resolution process’ that involves taking a course on how to be a better Uber driver. Uber also said it will retain ‘ultimate determination of eligibility’ for appeals of all other deactivations.”

IDG spokeswoman Moira Muntz told Quartz that “NYC drivers now have the best job protection of any Uber drivers in the nation.”

The Independent Drivers Guild represents all of the more than 40,000 Uber drivers in New York City.