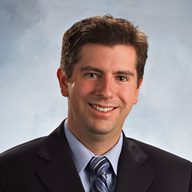 History was made in Alberta’s elections and the Machinists Union played a part. The Alberta New Democratic Party (NDP) won a landslide victory, sweeping away the ruling Conservatives after 44 years in power in an “Orange Wave.” Orange is the color of the NDP.

Jamie Kleinsteuber, 38, a member of IAM Local 1681, was elected in the constituency of Calgary-Northern Hills in the May 5 provincial election. He heads to the Alberta legislature as part of the largest representation of working people in the history of the province.

Kleinsteuber, an 18-year member of the IAM, has worked as a baggage agent and on the ramp in Ottawa, Montreal, Toronto and Calgary.

“If you don’t like the system you’re under, get involved and change that system,” said Kleinsteuber, who ran for office once before.

“The hard work was building a base of volunteers and those who wanted to get involved in building the riding association,” Kleinsteuber said. “Once that was done, it was easier to get the message out into the community.

“I particularly want to thank Ryan Wick, Kent Yanciw and Keith Aiken from my Local Lodge, who spent time and energy helping my campaign and others in the Calgary area,” said Kleinsteuber.

Kleinstuber joins eight other trade unionists elected under the banner of the NDP.

“There will be no shortage of the labor perspective at the table,” said Dave Ritchie, IAM Canadian General Vice President, who called to congratulate Kleinsteuber on his victory. “It’s always been important to have the voice of working people where decisions are made and this is no different.”

“When you give people a reason to vote, they will,” said Ritchie. “Thanks for getting involved and for inspiring even more IAM members to run for public office. It’s where we can make a real difference.”

Also elected from the trade union movement in Alberta: Ricardo Miranda from the Canadian Union of Public Employees, Shaye Anderson from the United Steelworkers, Danielle Larivee of the United Nurses of Alberta, O’Neil Carter of the Public Service Alliance of Canada, Heather Sweet of the Alberta Union of Provincial Employees, Maria Fitzpatrick  of the Public Service Alliance of Canada, and Shannon Phillips of the Alberta Federation of Labour.

Premier-elect Rachel Notley was a member of the USW when she was a lawyer working with the United Nurses of Alberta.