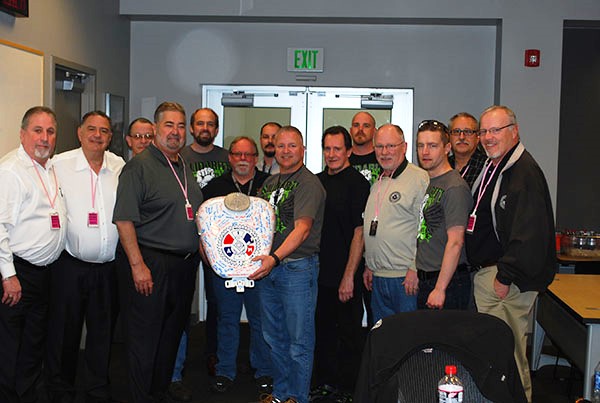 “This is my first opportunity to visit our members at York and see firsthand the great motorcycles they build. I am glad GVPs Gruber and Conigliaro were able to be here with me,” said Martinez. “Talking with local leaders and members from all three of our Harley locations has given us a much better understanding of their concerns.”

The meeting was prompted by an invitation from York Local 175 President Brian Zarilla, who welcomed the opportunity for members to talk candidly with IAM Leadership.

“We appreciate them taking time out of their busy schedules to meet with members and leaders from the shop floor,” said Zarilla. “It was valuable for everyone here to have President Martinez sit down to discuss their issues in the plant.”

The visit was an opportunity for Martinez to get feedback from members and local leaders about the state of the partnership agreement between workers and the company. It included members, local presidents and business representatives from all three IAM represented Harley-Davidson locations: York, Milwaukee and Kansas City, MO.