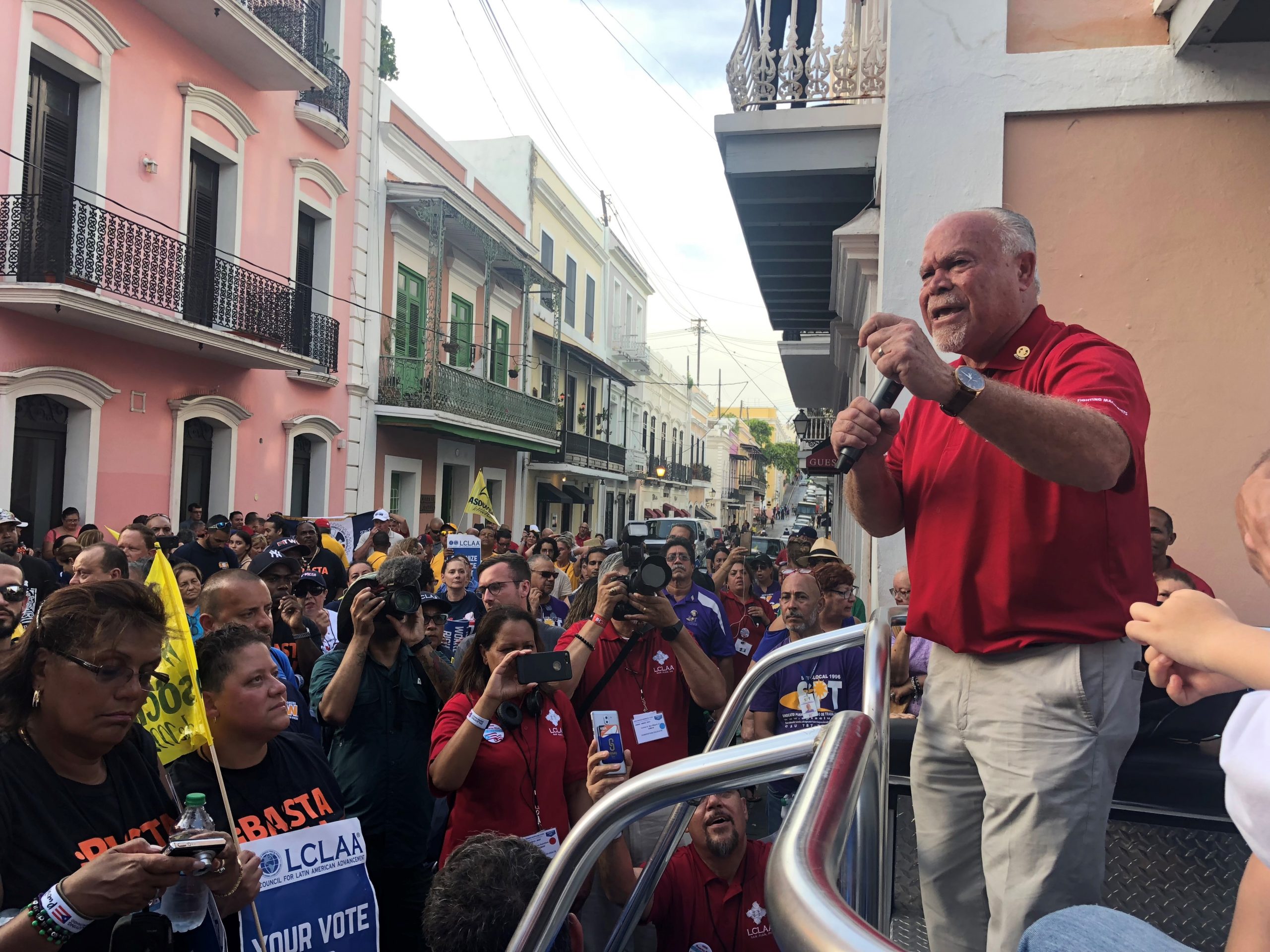 The Puerto Rico Federation of Labor, AFL-CIO is losing a tireless leader, as José “Lole” Rodríguez-Báez retires after 23 years as its President. Rodríguez-Báez is a Business Representative for IAM Local 2725, a position he has held since 2006.

Rodríguez-Báez has been an outstanding union leader for the federation, which is the largest trade union organization in Puerto Rico. He has 40 years of experience in the labor movement. Rodríguez-Báez joined in 1982 as a union organizer in the National Union of Health Workers Local 1199, affiliated with the Service Employees International Union (SEIU). In 1993, he was elected president after five years as Secretary. He was elected to the SEIU International Executive Board from 1996 to 2001.

In the aftermath of Hurricane Maria in 2017 and more recently after the earthquakes that devastated southern Puerto Rico, Rodríguez-Báez led the way helping to coordinate local and national efforts to provide temporary shelter and other assistance for working families.

Rodríguez-Báez is recognized within the Puerto Rican labor movement as a tireless defender of working people, and has participated in multiple seminars, conferences and workshops on labor, economic and social issues for the benefit of the working class of Puerto Rico.

“Lole has been a voice for Puerto Rican working families for decades and we are proud to call him a Fighting Machinist,” said IAM International President Robert Martinez Jr. “His efforts following the natural disasters in the past few years, and the impact they had on the people of Puerto Rico, are a small example of his dedication to helping others.”

“Brother Lole has always led by example and answered every call to serve his union and working families,” said IAM Southern Territory General Vice President Rickey Wallace. “He is a true unionist and leaves a lasting legacy as the President of the Puerto Rico Federation of Labor.”