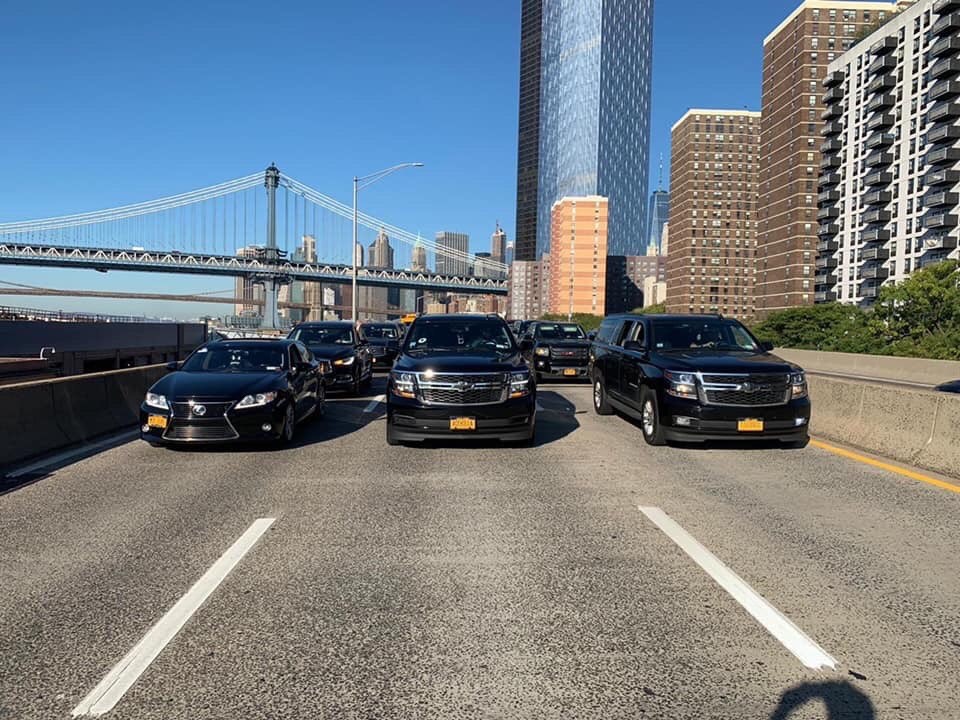 Last week thousands of members of the Machinists Union affiliate Independent Drivers Guild (IDG), a labor group for app-based drivers at Uber and Lyft, brought rush hour traffic in New York City to a virtual standstill. To protest changes being rolled out by Uber and Lyft, drivers led a caravan that stretched across the Brooklyn Bridge, from FDR Drive to the residence of New York City’s mayor, Gracie Mansion.

The IDG led the massive protest after Uber launched new policies similar to those enacted previously by Lyft to kick drivers off the apps between trips and in areas of lower demand in order to avoid paying drivers as required by New York City’s pay regulations, despite protests from the IDG. The New York City Taxi and Limousine Commission has failed to take action, so drivers are calling for the Mayor and City Council’s help to stop Uber, and Lyft from cheating on the pay rules.

“Uber and Lyft are flouting New York City’s driver pay rules,” said Brendan Sexton, Executive Director of the IDG. “Today, the drivers are saying we will not be ignored, and we are demanding Mayor de Blasio and City Council take action, and join us to help fight back against the app companies attempting to scam drivers out of fair pay.”

For months, there has been a concern that the ride-hail companies would try to circumvent New York’s pay standards. The IDG sent a letter to New York City’s Taxi and Limousine Commission (TLC) in June, warning that by blocking access to the app, “Lyft would be shifting the costs of travel and waiting time onto the drivers and in so doing, violate this commission’s rules,” and the other apps could follow suit.

“These drivers are still fighting for the basic benefits we all deserve,” said IAM Eastern Territory General Vice President Jimmy Conigliaro Sr. “They demonstrated great courage and solidarity standing together for a living wage and fairness in their industry, but now app companies are scheming to cheat them out of their earnings.”

The IDG represents and advocates for New York’s 80,000 app-based drivers. It led a two-year campaign to win the nation’s first minimum pay rate for Uber and Lyft drivers.