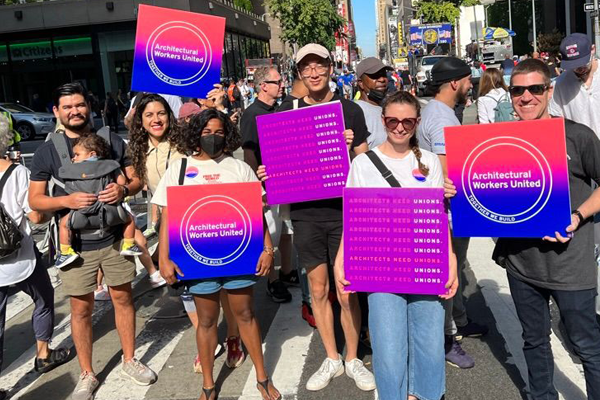 On September 1, the IAM and management of Bernheimer Architecture announced in a joint statement that the employees of Bernheimer have organized the first private sector union of architectural professionals in the United States.

Bernheimer Architecture was proud to voluntary recognize the union: “We recognize that both the employer and employees in the field of Architectural work face constraints and challenges beyond the control of any individual firm and that by working together, we can uplift the profession and industry in ways that we could not by acting alone,” read the statement.

The architectural workers also greeted Majority Leader Chuck Schumer as he walked through the crowd of unions marching in the parade.