Boeing’s Success Not Being Felt by Boeing Workers 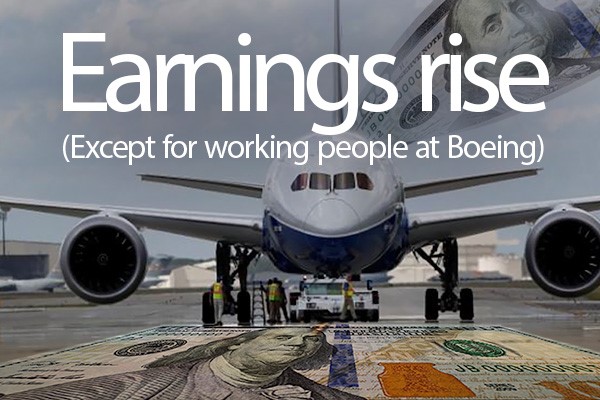 Boeing reported a second quarter profit of $1.76 billion, its highest since 2009, and a whopping 58 percent stock jump.

Yet the aerospace giant is cutting jobs at its fastest clip in more than a decade, according to the Wall Street Journal. The IAM represents more than 35,000 Boeing workers at 24 locations.

“Executives and shareholders are cashing in while working people building Boeing aircraft receive layoff notices,” said IAM International President Bob Martinez. “A business model that pulls in massive profits while offshoring highly-skilled jobs threatens the viability of the entire North American aerospace industry. Sadly, offshoring our work represents the new normal at Boeing. Remember, Boeing announced 737 finishing work will be done in China and manufactures the most advanced set of wings for the 787 in Japan. We encourage Boeing to change course by investing in its workforce here at home.”