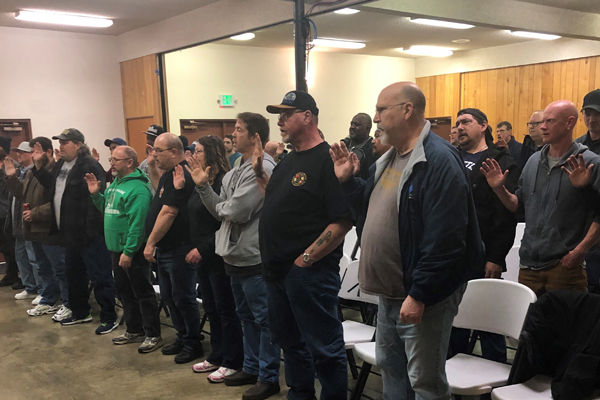 In June 2019, Bradken Foundry workers in Tacoma, WA, reached out to District 160 Business Representative/Organizer Steve Miller to join the IAM. Now a year later, these 188 workers have ratified a fine first contract.

Directing Business Representative Paul Miller, the head negotiator, successfully took this private sector unit through hard-fought bargaining sessions against an anti-union law firm hired by the company. The members’ uncompromising solidarity proved to be the difference and they emerged victoriously.

Like the fight to win the first contract, the organizing campaign was also an uphill battle. Thanks to the brilliant tactics employed by the organizers, the win would not be denied. The tactics included phone banking, hand billing, house calling and enlisting the services of Vietnamese-speaking District 751 member Thong Trang, who was able to communicate with bilingual workers. The tactics and professionalism of the organizers and the tenacity of the Bradken workers created overwhelming momentum that secured the victory.

“Congratulations on your first contract. Twelve months of hard work has finally paid off. You now have a solid, strong contract that you can build your future on,” said Directing Business Representative Paul Miller. “We are excited to have you as part of our union family and we look forward to building a better future together. By continuing to stick together in the months and years to come, we can raise the tide and float all boats.”