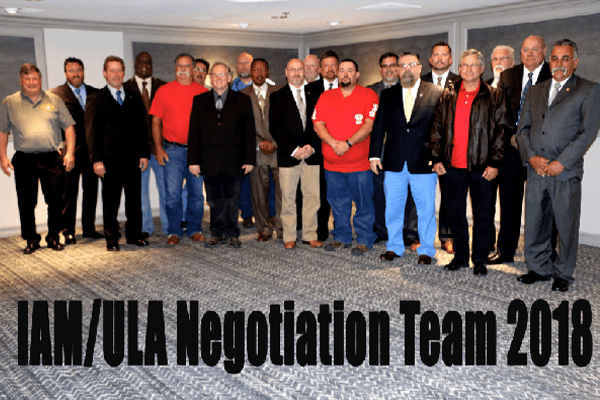 The IAM Western Territory is proud to announce an arbitration victory for Local Lodge 2786. Yet another example that it pays to belong to the IAM. United Launch Alliance (ULA) attempted to cheat employees that were laid off by deploying workers from another site instead of abiding by the contract and recalling our laid off members.

Our highly skilled members proudly launch space vehicles for the United States Government at Vandenberg Air Force Base located on the central coast of California.

This deplorable act on the part of ULA was nothing more than an illustration of a company trampling on working families, by prolonging the hardships endured by not only their employees but also the dependents of the laid off employees. A clear demonstration that without a contract in place, corporations will roll over their workers any chance they get.

Fortunately, this attempt to strip workers of dignity and respect was quickly thwarted, thanks to a strong IAM contract and the solid and dedicated local leadership exhibited by Chief Shop Steward Tom Roeder, Secretary Treasurer Nate Quackenbush and Steward Steven Watts.

“I commend the leadership of Local Lodge 2786! This victory is a shining example of outstanding IAM servicing which builds our strength as a union,” said Western Territory General Vice President Gary Allen. “This win exemplifies the power of the labor movement and is a testimony to the compassion that inspires the movement to defend working families.”

“The fast action and determination to enforce the CBA exemplifies the legend of the Fighting Machinists,” continued Allen. “The finely-tuned skills of Western Territory Grand Lodge Representative Richard Suarez and the rest of the arbitration team insured that these members were able to recoup the lost wages they were rightfully owed.”