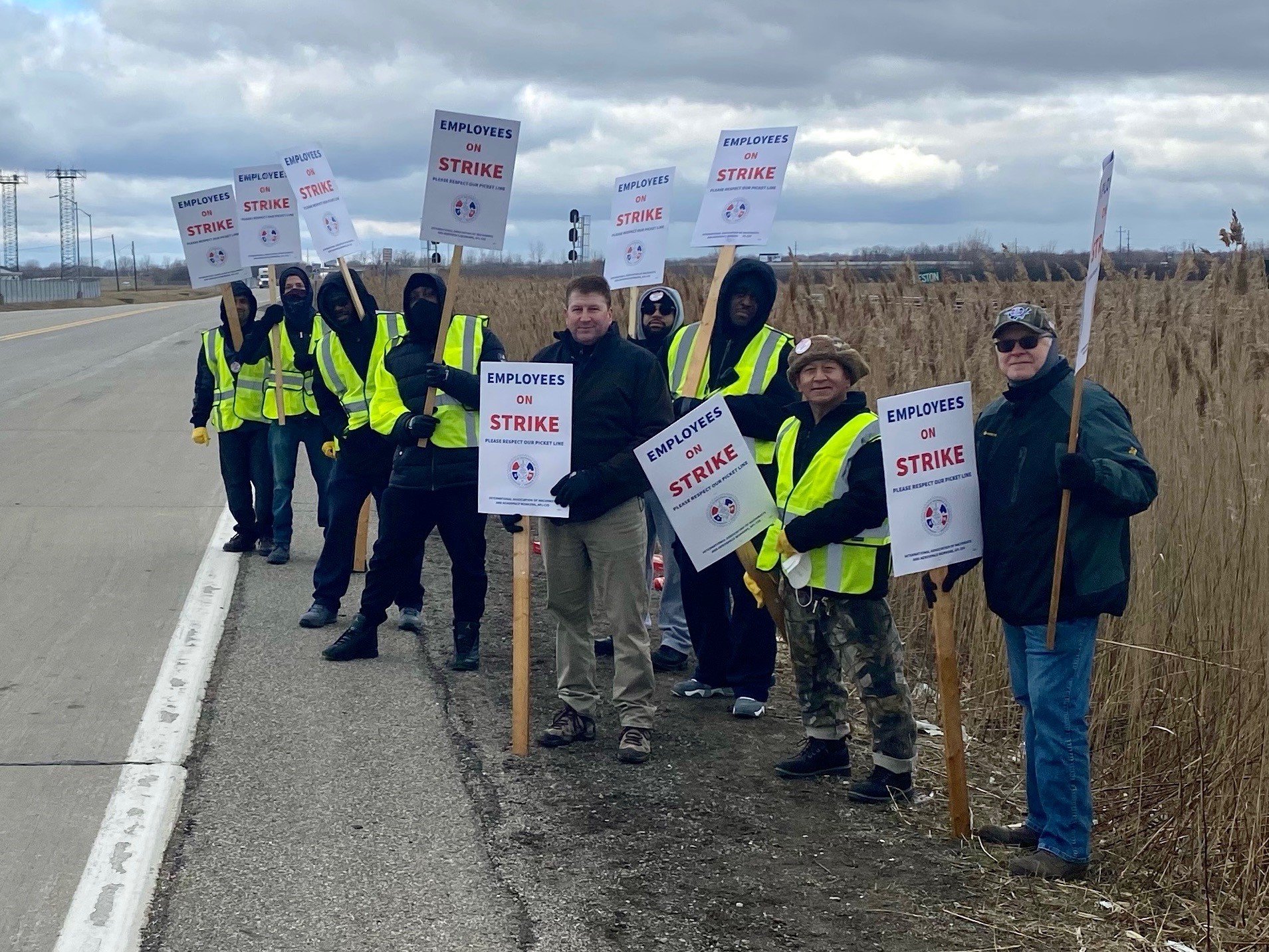 Thirteen IAM Local 698 (District 60) members at Swissport are on strike for respect and a better contract at the Detroit Metro Airport. The strike began on Friday, April 1.

Members rejected a subsequent offer from the company on Tuesday, April 12. IAM Members at Swissport maintain and repair fueling equipment.

“The IAM mechanics and quality techs at Swissport are on strike for fair wages and working conditions,” said IAM District 60 Business Representative Heather Hildebrand. “Until the company addresses those issues, we will remain on strike.”

“We stand in solidarity with our brothers and sisters at Swissport in Detroit,” said IAM Eastern Territory General Vice President Brian Bryant. “The IAM will utilize all of our resources to help them achieve a fair and just contract.”