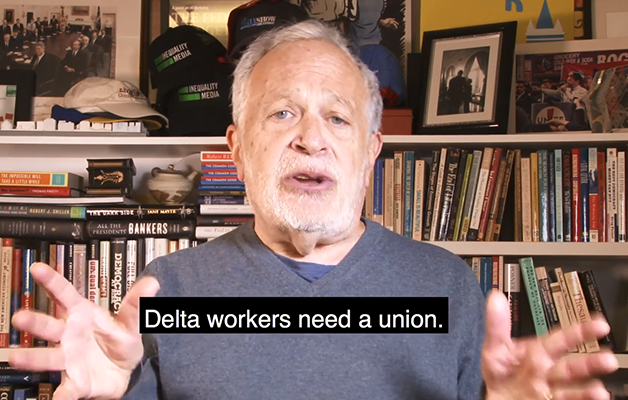 In a just-released Delta Workers Unite video, former U.S. Secretary of Labor Robert Reich clearly explains why Delta Air Lines workers should have union representation, and why the company doesn’t want one.

WATCH: Robert Reich on why Delta corporate doesn’t want us to have a union

“Why doesn’t Delta want a union. Why don’t they even want workers to have an election?” said Reich. “Delta is pushing hard to keep its employees from getting an election through constant anti-union propaganda, harassment, and intimidation of activist leaders.”

The IAM has been fighting to give Delta workers job protection, consistent work rules, a secure retirement and the many other protections that come with union representation.

Visit Delta Workers Unite to learn why Delta workers deserve a union and watch the video.