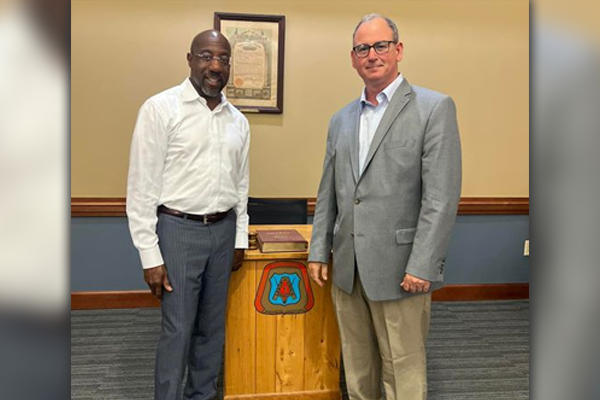 The Augusta, GA event, hosted by the Georgia AFL-CIO and the Augusta Central Labor Council, included a roundtable discussion with Warnock, covering subjects such as the Protecting the Right to Organize (PRO) Act, the Bipartisan Infrastructure Law and the Inflation Reduction Act. Warnock has supported these pro-worker efforts.

The IAM also had a conversation with Warnock about an ongoing IAM organizing campaign in the state. Warnock offered his support to help employees form a union with the IAM without company interference.

“The IAM supports elected officials who support working people,” said Barnwell. “We are incredibly grateful to Senator Warnock for his steadfast support of working families throughout Georgia.”

“On behalf of the Southern Territory, we’re so thankful for our engaged membership in Georgia,” said IAM Southern Territory General Vice President Rickey Wallace. “Their activism is making a difference in their communities, their state, and in our entire nation.”