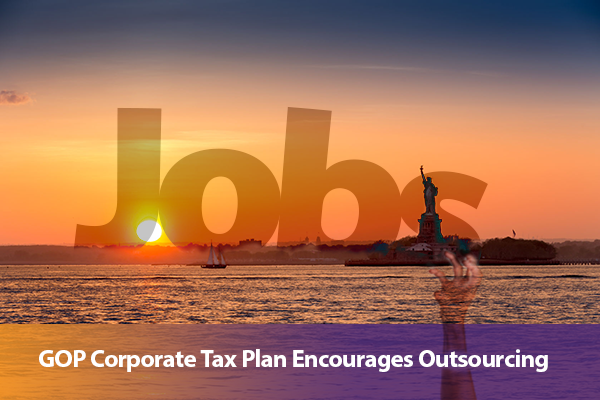 Machinists Union International President Bob Martinez sent a letter to Congress urging them to oppose huge tax cuts for wealthy corporations and the one percent.

Click here to be connected with your representative and urge them to reject the GOP tax bill.

“The GOP tax plan provides an enormous tax break for U.S. multinational corporations that outsource production and American jobs,” said IAM International President Bob Martinez. “The Republican plan would charge U.S. companies a tax rate of 20 percent on profits earned here in the United States, but profits earned in their overseas operations would be taxed at a much lower rate and, in some cases, would not be taxed at all. These misguided provisions do nothing to close existing loopholes that encourage the outsourcing of U.S. jobs, but will in fact incentivize companies to move even more jobs offshore. Any real tax reform plan should eliminate these outsourcing incentives in order to encourage investment in domestic manufacturing, production, infrastructure, human capital, and employment. Instead, the GOP plan does the opposite, and it is working families who will pay the price.”

GOP bill would hike taxes on 31 percent of middle-class Americans by 2027 https://t.co/FpZbPAFXad via

Click here to be connected with your representative and urge them to reject the GOP tax bill.