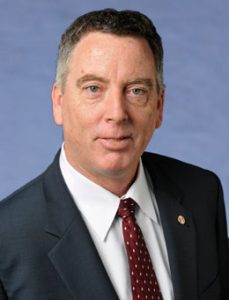 “Matt will play an important role in the field planning and execution of member education activities for our territories,” said Martinez. “IAM members have suffered from too many companies closing U.S. plants and shipping their jobs overseas. Matt’s decades of experience will help create strategic plans to help us fight back against this alarming trend.”

McKinnon joined the IAM in 1979 and has served as shop committeeman, steward, executive board member, trustee, and civil rights committee member. In 1985, he was elected as a District 50 Business Representative. In 1994, he was elected as Executive Secretary-Treasurer of the California Conference of Machinists and then became a Grand Lodge Representative in 2004. In 2008, McKinnon joined the International President’s staff as the IAM’s Director of Legislative and Political Action. He returned to the IAM’s Western Territory in 2013, where he performed various assignments in the territory.