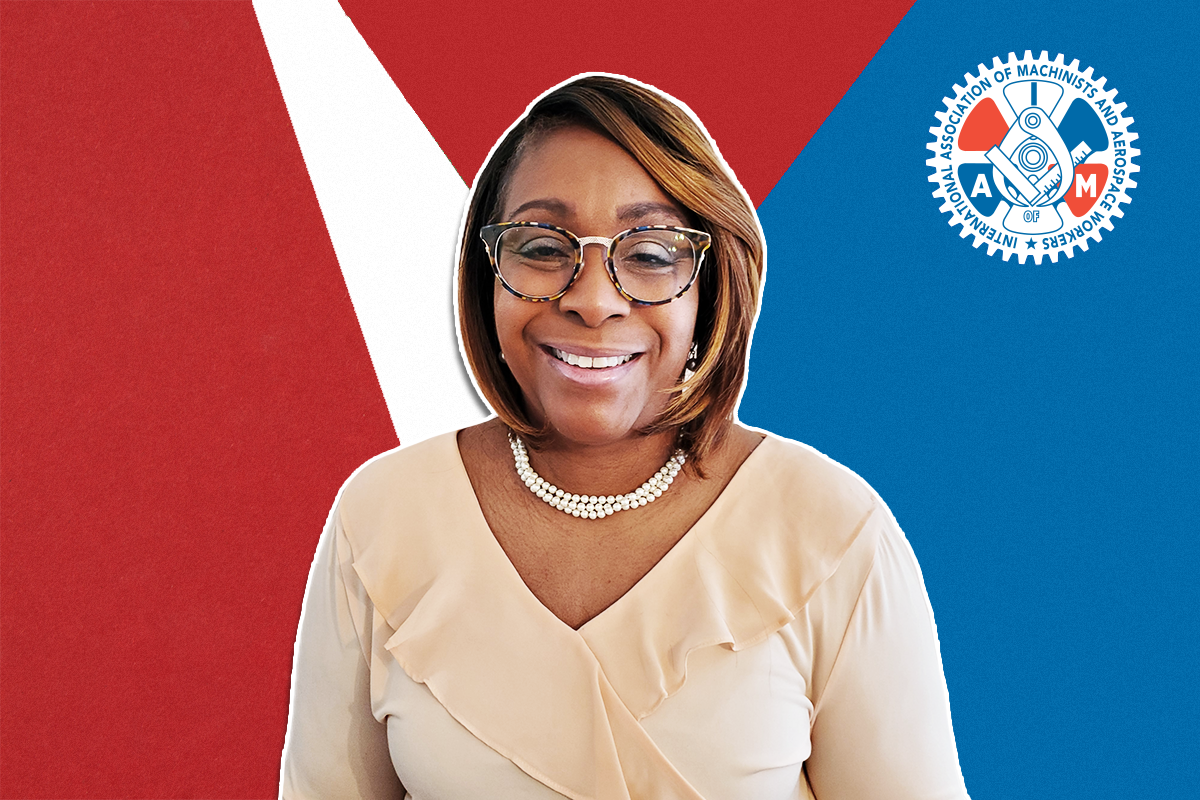 Katrina Coleman started her union journey when she was hired as a clerk for Amtrak in Philadelphia in 1986. In 2014, she was elected to serve as Local Chairperson of Transportation Communications Union (TCU/IAM) Local 1351, a role she maintains today. She was also appointed to serve as an Assistant National Representative for TCU/IAM Unit 86 in 2016.

Coleman works in a male-dominated industry and has experienced many obstacles along her journey.

“I have found it hard to be respected and treated in the same manner as my male counterparts,” said Coleman. “I was fortunate to have a mentor who fostered my growth and development in the labor movement.”

Coleman credits retired TCU/IAM Assistant Legislative Director Mark Taylor for helping her remain focused and remembering why she was there—“to serve our members.” She was proud to see another Black member in a leadership role, and it made her “proud to be a union leader.”

“Katrina is the embodiment of what a TCU/IAM representative—of what any union representative—should be,” says TCU/IAM National President Arthur Maratea. “She is deeply invested in the wellbeing of our members, evident by the tireless work she does on their behalf every day. The heartbeat of our membership runs through her. She has the respect of leaders within our organization, as well as across the table. I am proud to have Katrina as a part of my team.”

Her hopes and dreams for herself are to one day sit on the stage as a National Officer.

“I want to have a real seat at the table to be an example and inspiration to all people of color that there is no glass ceiling,” said Coleman. “That Black workers throughout North America one day will not have to fight for diversity and inclusion. The wisdom, experience and insights we have should be welcomed on every team.”

Coleman says she is empowered by civil rights activist Al Sharpton’s fight for racial justice for all. She also admires the women of the WNBA, who are more recent champions of justice.

“They did what I strive for daily, to choose courage over comfort and stand up for social change,” said Coleman.

Coleman’s advice for other union members is “get involved, speak up, and ask questions” and to learn more about their role in the labor movement and understand what it means to be a union member.