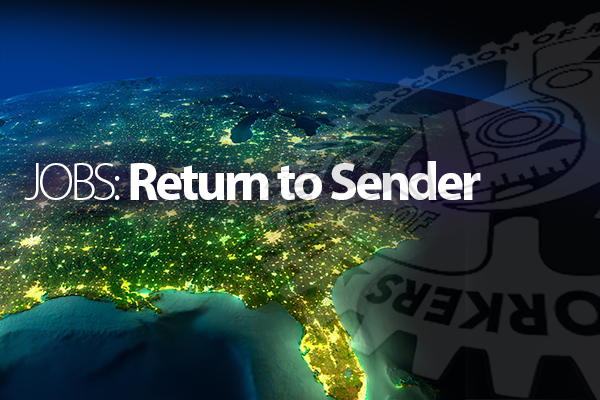 IAM Chief of Staff and Director of Trade and Globalization, Owen Herrnstadt, testified before the U.S. government regarding China’s unfair trade practices in the aerospace industry.  Citing numerous transfers of production to China, including the building of Boeing’s 737 finishing facility in China, Herrnstadt noted “China’s continuing development of its own aerospace industry and the IAM’s persistent criticism of North American aerospace companies who appear to be all too willing to transfer work and technology to China.”

“We continue to lose good manufacturing jobs because China breaks the rules. Production in China is cheap, in part, because its workers lack basic human rights—forced labor is rampant and the freedom to join a free and legitimate trade union doesn’t exist. China violates world trade standards by manipulating its currency and by demanding the forced transfer of our jobs and taxpayer-funded technology in return for market access. Our politicians have been too quiet for too long, and working people have had enough lip service.”