IAM Supports For The People Act 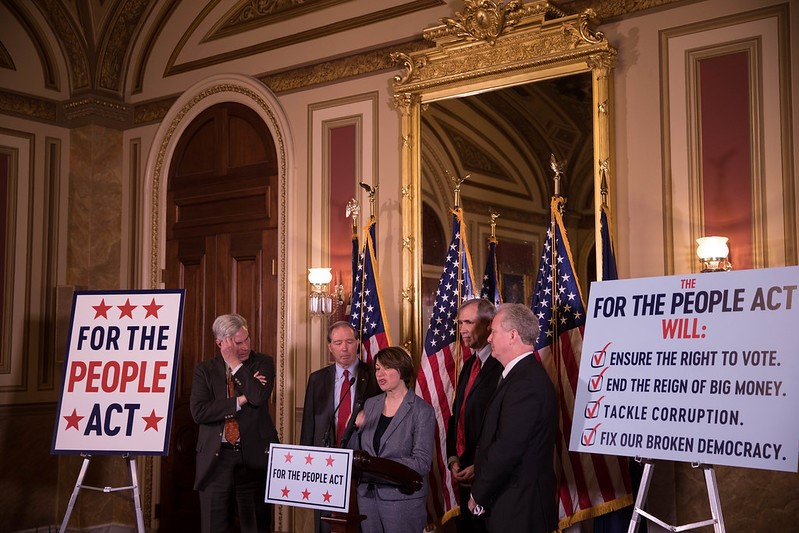 Elections should be about people, not dark money. The Senate needs to pass the #ForThePeople Act to end the free reign dark money & big corporations have had in our elections, strengthen voting rights, protect our election infrastructure, and give power back to the people.

The landmark legislation—companion legislation to H.R. 1, which was passed by the U.S. House of Representatives on March 3—aims to restore the promise of American democracy by guaranteeing every American citizen full access to the ballot by addressing voter intimidation and suppression, which are among the biggest examples of systemic racism in America; ending the corrupting power of dark money in our campaigns; and putting an end to gerrymandering. In addition, it strengthens ethics laws to ensure that public servants work for the public interest.

“As Senate Majority Leader, one of the first things that I did was designate the For The People Act as S.1, the first legislative bill from the Senate Democrats,” said Leader Schumer. “In doing so, Senate Democrats made clear we are committed to standing up to the voter suppression efforts that are threatening the core tenets of our democracy, to ending dark money in politics, and to ensuring public officials work for those they represent and not the special interests. As this legislation moves through the Senate, every member of this body will have an opportunity to stand up and say if they support a government by the people and for the people.”

The For the People Act would: