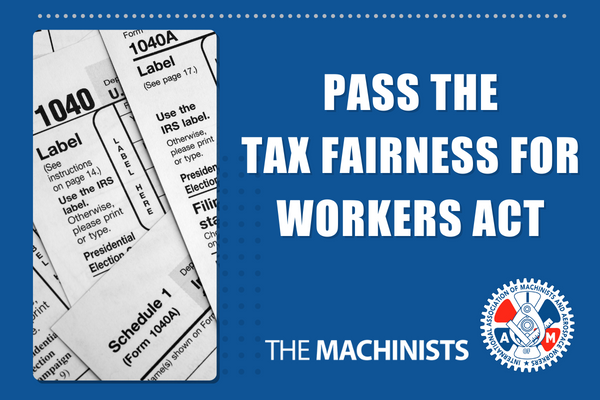 “Unions are essential to holding corporations accountable for the wage inequities between workers and CEOs and unfair treatment,” said IAM International President Robert Martinez Jr. “If corporations are allowed to deduct union-busting expenses and other anti-union activity, then it’s only fair that workers should be able to deduct dues expenses for their pursuit of improved wages and benefits.”

“Our members are troubled the 2017 Tax Cuts and Jobs Act eliminated the longstanding tax benefit for unreimbursed workplace expenses, and workers are especially frustrated the law forbids them from deducting their union dues payments,” reads the letter.

In 2017, the Tax Cuts and Jobs Act (TCJA) was enacted, which stated that workers couldn’t deduct the cost of the union dues they pay to support their unions.