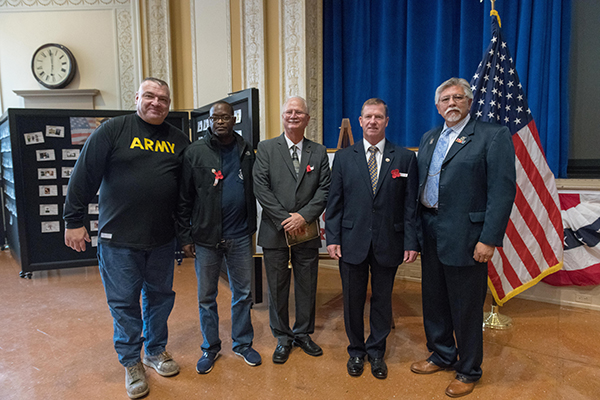 Veterans Day is a time to honor and thank those who are serving or have served in the military.

The Government Publishing Office (GPO) recently held a Veterans Day Ceremony at its headquarters in Washington, DC. This event paid tribute to all military veterans working at the GPO and across this nation, including IAM members from IAM Franklin Lodge 2135.

According to the AFL-CIO’s Union Veterans Council, some 2.1 million union members, or 14 percent of all union members, and thousands more retired trade unionists are military veterans.

The GPO is responsible for producing, protecting, preserving, and distributing the official publications and information products of the federal government.

Today we are honoring @MachinistsUnion military veterans at the @USGPO. #IAMVeterans pic.twitter.com/dTdDpbuJC1

Today GPO hosted a #VeteransDay Ceremony to honor GPO employees & all those around the country who have served. GPO Acting Deputy Director Herbert H. Jackson, Jr. welcomed Kenneth O. Preston, Sergeant Major of the Army, U.S. Army Retired, as the guest speaker of the ceremony. pic.twitter.com/kxn1ITlaTn