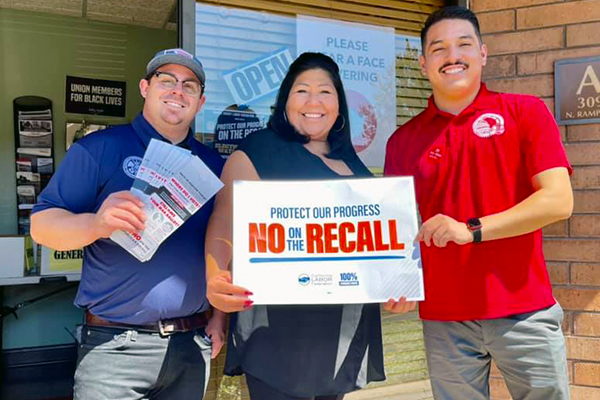 For months, the Fighting Machinists in the Western Territory have been in the midst of a campaign to educate members about the importance of voting to reject the recall, which was led by millionaires who wanted to roll back the clock on California’s worker protections.

“I am so proud of our territory’s staff and officers. Their dedication to this very important campaign has pushed back an effort to rewind the workers’ rights that are so important to our members in California,” said IAM Western Territory General Vice President Gary R. Allen. “With this attempted recall in our rearview mirror, it’s now back to work to help rebuild the economy and assure state laws continue to improve the lives of our IAM members.”