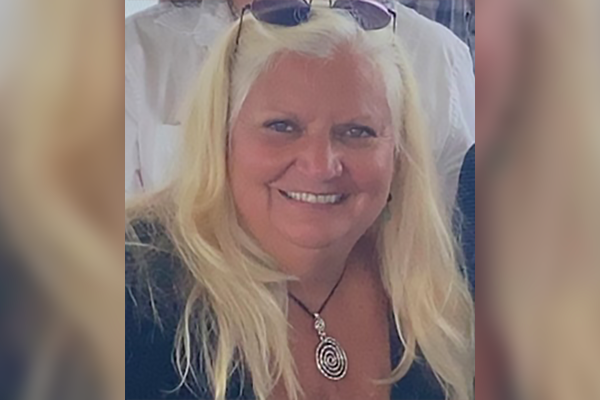 Diane Willaum started with the IAM in 1987 when she joined British Airways Reservations. She has held many positions throughout her union career such as shop steward, chief shop steward, negotiating committee member, Local 2656 Trustee, an organizer for the IAM Transportation Department, and currently District Vice President. Although she retired from British Airways in June 2020, Willaum is active with her Local and District Lodges.

Willaum’s sister, an identical twin and IAM Local 1894 member with British Airways said, “my sister and I always kid that we were born in a union so it was our destiny.

“I was very fortunate to have strong and capable union leaders who guided and mentored me,” said Willaum.

“Diane has dedicated many years of service as the President of her local and a Vice President of District Lodge 142,” said Richie Johnsen, IAM Chief of Staff to the International President. “We thank Diane for her dedication and determination to stand up and stand out as one of our women leaders. Diane is not just a leader in our union, she is a trendsetter.”

She credits Carol Creamer and Maureen Holder for always encouraging her and answering her questions. She was inspired during the three years of tough contract negotiations.

“Robert Roach and Joe Adonolfi were inspiring,” said Willaum. “No one does it alone in the union… that is our whole premise. I am no exception. I have seen our Brothers and Sisters fight for our members even while enduring their own hardships and struggles.”

Willaum says she has found that women face some unique challenges in the workplace.

“If I can give any advice to other women members it’s to please do not be afraid to let your voice be heard,” said Willaum. “We do not have to be loud to be right. Stay the course.”

“I stand of the shoulders of the trailblazing women who came before me,” said Willaum. “I have had the good fortune to be surrounded by women who help each other and fight for each other. I will always remember the people who gave so much of themselves and asked nothing in return.”

“Sister Willaum has seen a fine example of a leader in our New York City area,” said IAM Transportation Coordinator Edison Fraser. “She has been around for a very long time and has paved the way for many young women to follow.”

Willaum’s hope for women workers in the future is that “they realize their own strength and ability to lead.”