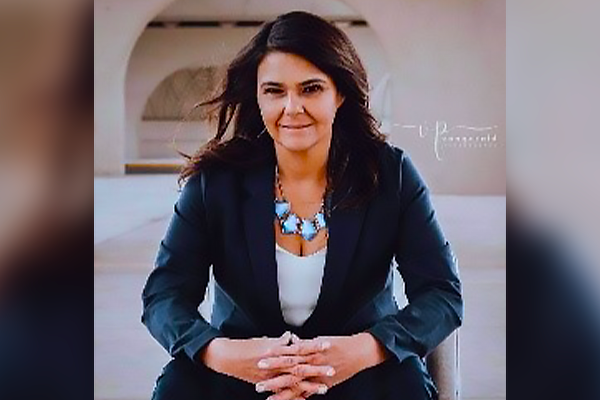 Jana Kirch began her IAM career in 1993, the first year she started working at Peerless Chain Company. She followed in her grandmother’s footsteps, who retired from Peerless. Kirch was exposed to unionism from her grandmother at an early age.

She began by volunteering to fill in as the Local Lodge Recording Secretary. Since then she has held many different roles in the union, such as steward, District delegate, women’s committee member, vice president, president, shop committee member, and shop chairperson, as well as helping on organizing drives and political campaigns. Last year, she became Directing Business Representative District 66.

“Each position was a learning experience and allowed me the confidence to pursue the DBR role,” said Kirch.

Kirch admits her biggest obstacle has been her own fear.

“Fear of failing, fear of being laughed at or mocked, fear that I would mess things up or that because I was a woman that I would not be listened to or taken seriously,” said Kirch.

She is thankful to the IAM for providing guidance and education for servicing members.

“The support system is an integral part of providing the confidence to pursue any career within the organization,” said Kirch. “I have learned so much from both past and present men and women who have proudly served our cause and are committed to ensuring that the next generation is prepared to carry on and expand our presence.”

“Jana Kirch is a woman every woman leader in our organization needs to know,” said IAM Midwest Territory General Vice President Steve Galloway. “She took her years of leadership experience at Peerless Chain and, with the encouragement of her brothers and sisters in IAM District 66, made the important choice to run for Directing Business Representative. A position that historically has always been held by a man. Her knowledge, skills, strength, and courage propelled her to a position where she is now able to make a greater difference in the lives of her La Crosse brothers and sisters. I look forward to her continued growth in our union.”

Kirch credits Tom O’Heron as being her mentor. O’Heron, now retired, at that time was District Directing Business Representative.

“Tom made me believe that I could do any job just as well any man could,” said Kirch. “He taught me to use my voice and not be so worried about messing up, because everyone does at some point. You learn from it and move on.”

“I admire all of the women within our IAM family who have chosen to rise to the challenges of making a difference in the lives of workers for the better,” said Kirch. “Their stories are inspiring and the work they have done and continue to do is amazing! It was not until I first visited the Winpisinger Center, that I realized how many women were getting involved and taking leadership roles. When Dora Cervantes became the General Secretary-Treasurer of the Executive Council, Tom’s words never rang truer: ‘Women are a force. We are just as strong, just as capable.’”

Kirch’s advice is to use your voice.

“You are stronger than you think and bring a different perspective to the table,” said Kirch. “We can be anything that we want to be, including leaders. We are not weak, we don’t need to be saved, thank you very much. Women are fierce protectors and nurturers, by nature. If given the opportunity, will use those qualities to better their environment.”

“I would be thrilled to have a woman lead our organization,” said Kirch. “Presidency should not be a pipedream for women. Perhaps it would motivate the women in the workforce to not just settle but to rise. I want women to be equal in every way, shape, and form.”