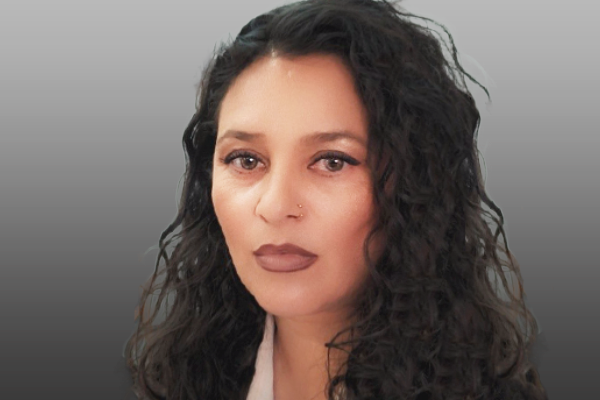 Maria Schoening first got involved with the IAM when she and her coworkers were in the process of choosing between another union and the IAM. Schoening educated herself about why being a member of the IAM was better and the election was successfully won by the IAM.

She began volunteering around the local and getting involved with IAM CREST and the hazardous materials worker’s awareness train the trainer program. She advocated for the materials to be translated to Spanish in order to reach more members. Following that, she had the opportunity to go to other stations and help train. Schoening also had the opportunity later that year to go to Winpisinger Center and translate a hazardous material under a government grant.

“I am lucky enough to have an executive board that consists of five women out of the eight executive board members,” said Schoening. “These strong, intelligent, hard-working women along with the rest of my executive board have been amazing helping me and guiding on this new position.”

Schoening credits many mentors along the way, including her former chair at United Airlines and former Local 845 Vice President Scott Meixner.

“Scott is kind enough to answer any question at any time,” said Schoening. “He is a phone call or text away.”

She also says how her ramp chair and Local Trustee Rod Fields is always there for a contract question or a Local Lodge issue. She says she cannot forget her Assistant General Chair Kyle Carroll, who has been a huge help assisting her and supporting her in every position she has held.

“Maria has been a fine example as a leader,” said Richard Johnsen, IAM Chief of Staff to the International President. “I am so honored to call her my sister in arms. As the first female president of Local Lodge 845, I could not be more proud to see her take on that leadership role.”

Some of the obstacles Schoening has faced is others who don’t believe she can or should be doing the job.

“As a Latina, my first language is Spanish. I speak with an accent,” said Schoening. “There are people that see that as a weakness, my accent as an obstacle. I have no choice but to work hard and let my dedication speak for itself.”

Schoening admires and can relate to Luisa Capetillo, a women’s rights activist and a labor organizer in Puerto Rico at a time when women were supposed to be seen at not heard in the early 1900s.

Sister Schoening’s advice to other women is to “get involved, don’t be afraid of making mistakes.”

“Help each other out,” said Schoening. “Don’t be afraid to reach out when you need to. You’ll be surprised how many people are willing and happy to help.”