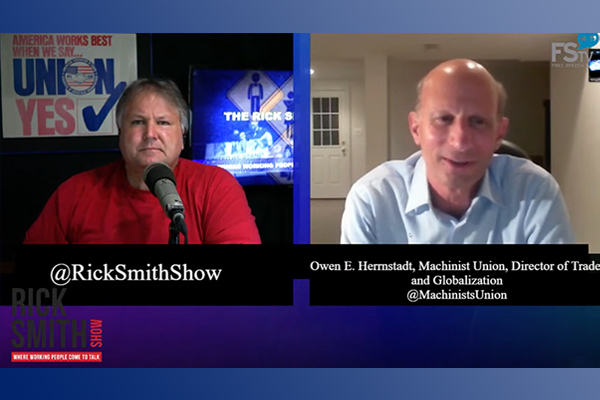 Herrnstadt called Biden’s plan for manufacturing and innovation “realistic, comprehensive, promising, refreshing” and one of the best he’s seen.

“It’s not only going to put people back to work, but it’s going to create a manufacturing industry for the future that is robust and sustainable,” said Herrnstadt.  “It will rebuild this middle class that’s been left out in the cold as manufacturing work continues to be offshored.”

Biden’s plan aims to ensure the future is “made in all of America” by all of America’s workers, making a $400 billion investment in American products, materials and services, when goods are purchased by U.S. taxpayers through government procurement. The plan also supports small manufacturers and invests $300 billion in research and development, while making sure those investments reach every state and region of the country, including urban and  rural areas.

Herrnstadt said one of the most important parts of the plan is to close loopholes that allow companies to bypass Buy American rules. Biden wants to tighten domestic content rules, crack down on waivers , update trade rules and eliminate tax incentives that encourage corporations to offshore work.

Smith asked if the plan was the equivalent of President Franklin Delano Roosevelt’s New Deal plan that brought the country out of the Great Depression of the early 1930s and Herrnstadt said this could be Biden’s FDR moment.

IAM members voted to endorse Biden for U.S. president in March after an unprecedented membership vote for the union’s endorsement.