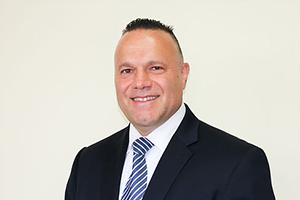 “Addeo is a true journeyman with a wealth of experience which spans across many industries,” said Martinez. “He not only brings experience, education and drive to the department, but also innovative ideas that will grow the IAM and bring union representation to those who need it most.”

Addeo initiated into Local 702, in 1980 when he began his career as an Aircraft Technician for Eastern Air Lines at Miami International Airport. He transferred to US Airways at Newark International Airport, Local 1445, where he served in many capacities. In 1998, Vinny was appointed as a District Organizer for the IAM’s Transportation Department where he served for seven years organizing in the airline industry. In 2005, Addeo transferred to District 15 in Brooklyn, New York, as the Director of Organizing/Business Representative for District 15, Local Lodge 447 where he currently serves.

Addeo follows Don Barker, a 31-year IAM member who served as a Grand Lodge Representative and Aerospace Coordinator before taking the helm of the Organizing Department,

“This union has greatly benefitted from having Brother Barker as a member and a leader,” said Martinez. “His work for our union over the years, and more recently in organizing has been both inspirational and influential. Don has always been up for any task that’s been asked of him, no matter how challenging. I want to extend my personal thanks and to wish him all the best in a well-deserved retirement.”