It Pays to Join the IAM 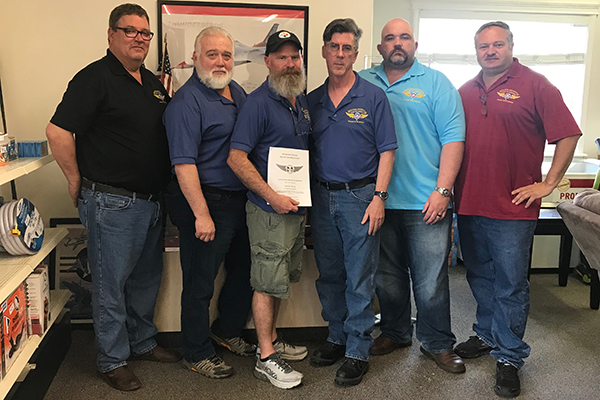 The Western Territory is extremely proud to announce impressive gains for two first contracts at separate Air Force Bases in the region. The workers who joined the IAM late last year saw unprecedented raises and obtained remarkable job securities for themselves and their families in these first contracts.

The two groups consist of 17 Lockheed Martin F-35 instructor pilots at Luke Air Force Base in Arizona. The second, a PKL unit on Mountain Home Air Force Base in Idaho, maintain and operate RSAF F-15SG, and the United States Air Force F-15E aircraft and equipment assigned to the 366th Fighter Wing.

Both units of highly trained and skilled workers aid our military in the defense of our great nation and serve as key components in the readiness and safety of the aircraft and equipment that our men and women in uniform rely on.

The tremendous raises won are a direct result of joining the Fighting Machinists. These workers were fed up and demanded pay that’s in proportion to the level of expertise needed for military support personnel. For example, the F-35 flight instructors saw their hourly rate increase from $61.54 per hour to $90.60 per hour and were able to negotiate caps on medical premiums.

The group from Mountain Home Air Force Base in Idaho recovered the $3.00 per hour that was stripped from them in 2017 after the company rebid the service contract at a lower rate. On top of getting back what was taken, the new IAM members will enjoy an 8.5 percent wage increase over the next three years and substantial increases in their health and welfare and contributions to the IAM pension.

“Congratulations to Paul Shepherd, Jody Bennett, Jeffrey Schroeder, Jason Oates, and all the flight instructors for achieving a fine IAM contract,” stated General Vice President Gary R. Allen. “I salute James Watson, Anthony Klazura, Michael Cavanah, Christopher Lemis, Andrew Allen, Andrew Morris, and the rest of the unit for standing up to the reprehensible conduct of a company bent on gaining profits by underpaying and reducing the wages of their employees.”