Jetstream Workers Get Ready to Bargain for a Better Future 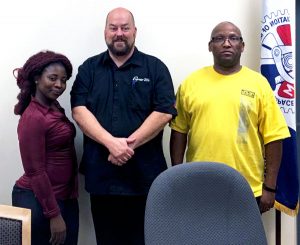 “We covered a lot of ground in the past couple of days and we’re excited to get to the table and negotiate a first contract that is fair and moves our group forward,” said Fletcher, the Chief Shop Steward.

“We’re ready to go and looking forward to gaining the dignity and respect on the job that we very much deserve,” said Amoah, a Shop Steward.

The IAM is in the process of scheduling dates to commence negotiations.