Keep Up the Pressure! Airline Worker Relief on Hold, But Momentum Growing 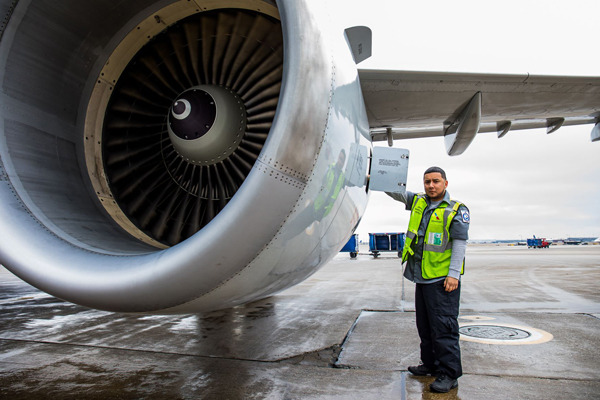 We are closer than ever to save the jobs of tens of thousands of airline workers. Thanks to U.S. Rep. Peter DeFazio (D-OR), the IAM and our airline union coalition are making huge strides toward securing airline worker relief.

“We are done being patient for Congress to act,” said IAM International President Robert Martinez Jr. “Our members need relief and they need it now. We will keep the heat on our elected officials until the Payroll Support Program is passed and our members are back on the job. I am sick and tired of these politicians taking vacations while working people are on the street.”

“IAM members are fully aware of what is happening here and they will not to be used as bargaining chips,” wrote IAM Transportation General Vice President Sito Pantoja in a letter to House Minority Leader Kevin McCarthy. “They expect you to support them not with words, but with action. It is disgraceful to stand in the way of preserving airline workers’ jobs and watch their livelihoods become upended, their healthcare revoked and state unemployment programs become bloated beyond calculation.​”

“Tens of thousands of airline workers stand on the brink of being fired, losing their certification requirements and seeing their livelihoods and financial security ripped away,” said House Speaker Nancy Pelosi (D-CA). “Today, Democrats provided a path forward to avert catastrophe for these workers. Chairman DeFazio requested unanimous consent for his stand-alone bipartisan bill to extend the Payroll Support Program. Disappointingly, Republicans objected to the legislation.”

We must keep up the pressure!

Call your Representative at 202-224-3121 to urge them to support H.R. 8504, a standalone extension of the airline Payroll Support Program through March 31, 2021, and to save hundreds of thousands of frontline airline workers’ jobs.

Read the IAM and airline coalition letter to every member of the U.S. House urging passage of H.R. 8504.