Let’s Get Trade Right This Time 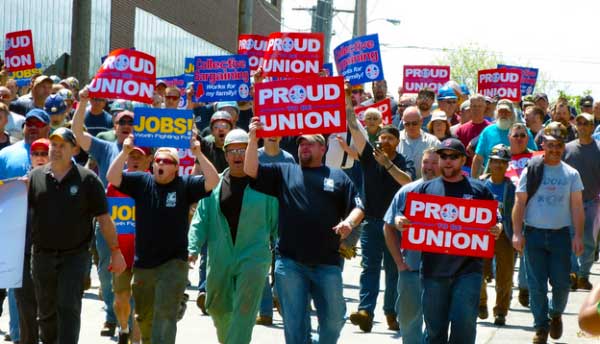 Trade policy should benefit working people and not just a handful of multinational corporations, the IAM said in its recommendations for NAFTA negotiations.

“NAFTA represents the failed trade model that we warned about,” said IAM International President Bob Martinez. “Since its implementation, hundreds of thousands workers in the U.S. and Canada have lost their jobs as company after company has moved production to Mexico, a country where fundamental human rights do not exist.”

The IAM submission calls for transparency in trade negotiations and a much stronger labor provision that will no longer permit Mexico to gain advantages of a trade deal until it can demonstrate it can effectively enforce labor rights. The IAM on negotiators to walk away from NAFTA unless it is dramatically changed to benefit and protect workers in all three nations, and includes the many recommendations made by the IAM and other labor groups.

Read the IAM’s full recommendation to the U.S. Trade Representative.