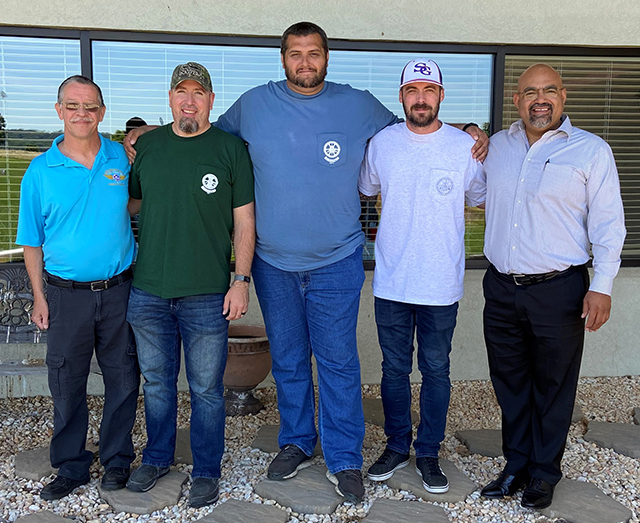 Voith Hydro is one of the largest dedicated hydropower manufacturing facilities in the world. The York, PA plant builds and refurbishes components that serve a critical role in the electrical grid and production of renewable energy. IAM Local 1400 members include crane operators, welders, a machine shop, and mechanics.

“The week of intense long days gave us the opportunity to assemble and develop a detailed plan to secure the best contract possible,” said Forbes. “The Committee worked hard, and they are better prepared to represent the needs of the members.”

“A huge thank you to the bargaining committee and BR Kermit Forbes for their hard work,” said District 98 Directing Business Representative Robert Miller. “I would like to thank International President Robert Martinez Jr. and the IAM Executive Council for their continued support of this program and also the staff, instructors at the Winpisinger Center for putting this together.”

The Machinists Union is proud to announce the return of in-person learning at the William W. Winpisinger Education and Technology Center (W3 Center) in Hollywood, MD beginning August 1, 2021. For the safety of the membership and staff, the flagship union training facility was forced to suspend classes in March 2020.