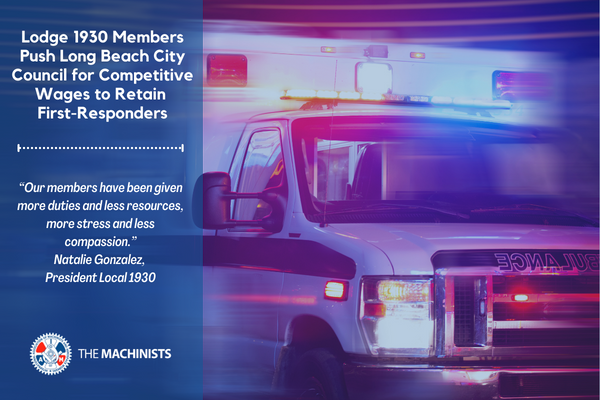 Local 1930 represents almost 3,000 city employees, including the 911 dispatchers and ambulance operators who are now demanding safety, respect, and fair wages.

Although Local 1930’s contract with the city includes periodic wage increases, members are calling attention to the stress that comes with first-responder jobs and how Long Beach’s wages are not high enough to keep the most committed employees.

“We hear all the time about the cost of paying employees more — but no one seems to discuss the cost of not paying us proper wages,” said Local 1930 President Natalie Gonzalez during the public comment section of the council meeting. “Our members have been given more duties and fewer resources, more stress, and less compassion.”

District 947 Business Representative Devin Ablard and Local 1930 members spoke up at the meeting to shed light on how the long shifts and stress of the job are impacting employees’ health. Local 1930 member and 911 dispatcher Michelle Salas explained that her department is so understaffed that employees often work 14 to 16-hour shifts, and added that the job takes an emotional toll.

“This is an issue that is affecting members across the departments,” Gonzalez told Kristy Hutchings of the Press-Telegram. “One of the things that we’re struggling with is retaining employees because they’re going over to other, higher paying cities… This continuous and accelerated loss of institutional knowledge impacts our efficiency.”

Gonzalez and the Local 1930 membership plan to continue showing up at the City Council budget hearings to advocate for the proposed budget, which must be adopted in September, to allow for cost-of-living wages increases for city employees.

“Our members showed up in full force to engage with public officials on the Long Beach City Council,” said IAM Western Territory Grand Lodge Representative Richard Suarez. “They’re demanding what every worker deserves – safety, respect, and a fair wage. The city should not depend on our members sacrificing their health and happiness out of the goodness of their hearts to keep the city safe.”

“The city quite literally runs because of IAM Local 1930’s work,” said IAM Western Territory General Vice President Gary R. Allen. “The city needs to step up and do right by its employees and our members. Local 1930 has the Western Territory’s full support as they fight for better wages and working conditions.” 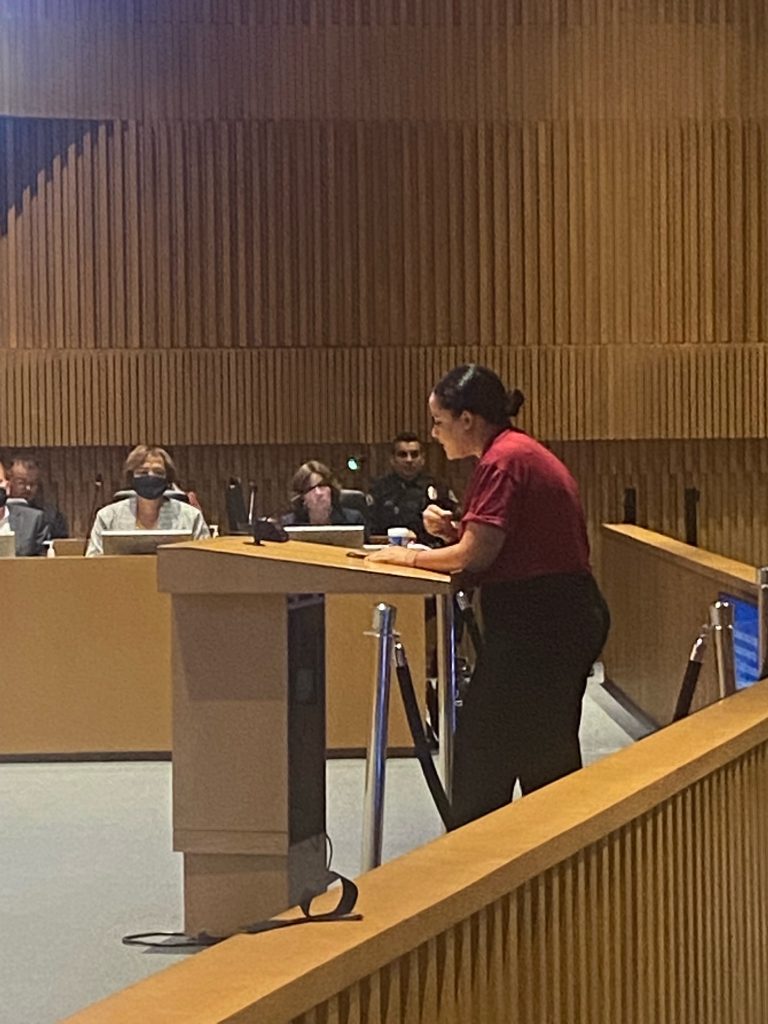