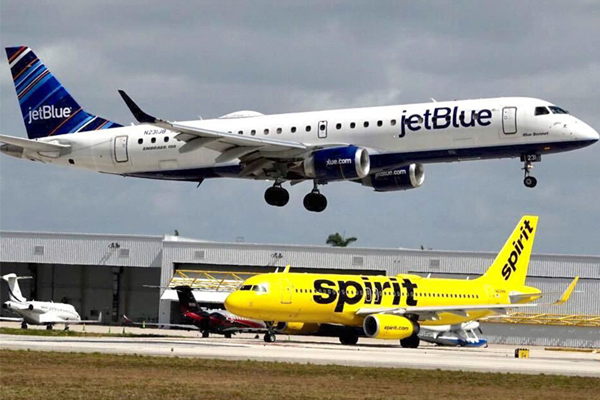 “As we know from the history of airline mergers and acquisitions, top executives will promise the world to gain regulatory approval. But, when the dust is settled and approval is granted, airline workers almost always get the short end of the stick,” said IAM Air Transport General Vice President Richie Johnsen. “The Machinists Union is the most powerful and experienced union when it comes to defending airline workers’ rights during mergers. We have done it before and we will do it again. IAM members at Spirit Airlines and future IAM members at JetBlue Airways will have their interests defended, just as every IAM member has during previous mergers.”

It’s expected that the proposed merger will face stiff regulatory approval from the Biden Administration. JetBlue already faces opposition from the Justice Department, which has sued to break up its commercial agreement with American Airlines Group Inc. The regulators allege that the partnership — which targets the New York and Boston markets — is anti-competitive.

“I want all IAM members at Spirit Airlines to know the Machinists Union will ensure your contract is enforced during this process and that your rights will be defended,” continued Johnsen. “I also want all the JetBlue Ground Operations Crewmembers to know that your campaign to gain IAM representation takes on even more importance now. It is urgent that you have a seat at the table, so you’re not on the menu.”