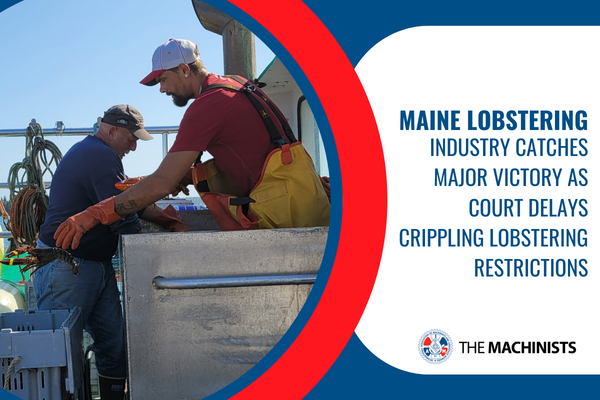 “The Maine Lobstering Union is pleased that Judge Boasberg in the District of Columbia agreed with the union and its colleagues that all concerned need to better understand the available data before making decisions that could drastically alter or even end lobster fishing in federal waters.

“By delaying a decision on whether or not to vacate National Marine Fisheries Service’s (NMFS) existing biological opinion for at least the next two years, the court has given the industry and NMFS the time that they need to evaluate the science and come up with a workable solution that will allow both the lobster fishery and the right whale to thrive.

“While change is coming, and there is much work left to be done, this is a significant step towards finally finding that solution. The MLU is grateful that Maine fishermen and the families that depend on them finally have some good news.”

The Maine Lobstering Union, an affiliate of the International Association of Machinists and Aerospace Workers (IAM), was formed to give fishermen a unified voice at the state and federal level.