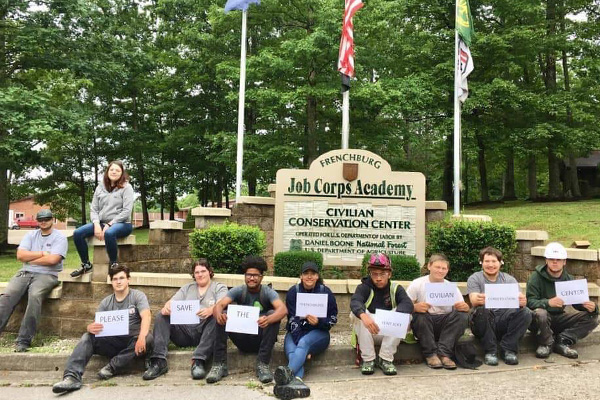 NFFE-IAM members from across the country scored a major victory this week by saving the Job Corps Civilian Conservation Centers.

Over 1,065 UDSA/Forest Service employees were in danger of losing their jobs if the USDA acted to terminate their role in operating the CCCs. This would have triggered the biggest layoff in the federal government in over a decade, many of them NFFE-IAM members.

Members and staff were diligent in contacting members of Congress and meeting with their staffs to discuss the importance of these centers and urging them to help keep them open. NFFE-IAM members worked with lawmakers from both sides of the aisle to turn up pressure on the Administration to abandon their ill-conceived plan. The Administration finally pulled the plug on the proposal this week.

“I am so proud of the work that NFFE-IAM members across the country did to save the CCC program and thousands of NFFE-IAM members’ jobs,” said NFFE National President Randy Erwin. “These CCC closures would have been absolutely devastating to the employees that work at the centers, the students that learn at the centers, and the small-town communities where these centers reside and often serve as the biggest employer in the area.”

In 1933, the Civilian Conservation Corps was established to employ thousands of Americans during the Great Depression. In 1964, the Civilian Conservation Centers (CCC’s) opened to partner with Job Corps, a program administered by the Department of Labor (DOL), to provide job training and placement to America’s higher-risk youth. Currently, the U.S. Forest Service (under the Department of Agriculture (USDA)) operates all 25 CCC centers.