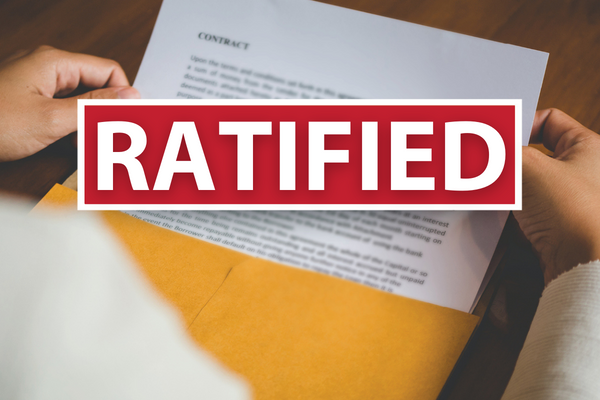 The membership overwhelmingly voted “yes” to a new four-year contract. The many advancements in this groundbreaking agreement include general wage increases of over 32% throughout the life of the agreement, elimination of all health care premiums for everyone, increases to all retirement benefit packages, and a ratification bonus.

“The Fighting Machinists of Local Lodge 873 supported the negotiating committee and showed their solidarity Thursday, passing a contract that we feel was well deserved, after a long seven years, a pandemic, and many logistical challenges,” said IAM District 10 Directing Business Representative Alex Hoekstra. “This vote demonstrates the pride of these skilled and hardworking members who have been producing premium riding lawn equipment, attachments, and utility vehicles here in Horicon for decades. These workers are proud of our small town feel in such a large company like Deere.”

“Congratulations to the members of IAM Local Lodge 873 in negotiating and securing an industry-leading contract with John Deere,” said IAM Midwest Territory General Vice President Steve Galloway. “I’d like to extend a special thank you to the Bargaining Committee, IAM District 10 Assistant Director Joseph E. Terlisner, and IAM District 10 District Business Representative Alex Hoekstra for all their hard work in what will undoubtedly set a new standard for IAM members, the Horicon community and beyond.”

The IAM Local 873 negotiating committee thanks its members for their support in the year-long preparation in getting to the negotiating table. The historic contract took effect on October 1, 2022.