Tell Your Representative: Hands Off Federal Workers’ Rights, Say No to the PAGE Act 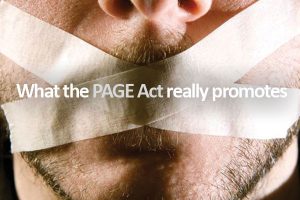 Federal workers, just like the rest of us, deserve basic protections on the job.

But a bill being circulated by U.S. Rep. Todd Rokita (R-IN) seeks to undermine our fundamental American values of decency, opportunity, and fairness.

IAM International President Bob Martinez sent a letter to members of Congress detailing the reasons this is such an irresponsible piece of legislation.

“The proposed legislation will undermine the civil service system and make federal employment subject to the corrupt cronyism of political bosses demanding ideological loyalty,” said Martinez. “According to the bill, all new hires would become ‘at will’ employees serving at the whim of their managers or the political appointees overseeing federal agencies.”

Tell Your Representative to say no to the PAGE Act.

Under the PAGE Act, all new hires in the federal government would become “at will” employees who serve at the whim of their managers or political appointees overseeing federal agencies. Due process would be sharply reduced and federal worker pay would be subject to a highly subjective rating system.

The IAM and its affiliate union, the National Federation of Federal Employees (NFFE-IAM), represent more than 100,000 federal workers.

Tell your Representative to oppose the PAGE Act, a destructive piece of legislation that seeks to destroy federal worker moral and the unions who represent them.