The Machinist Brothers and Sisters of Lockheed Martin

Contract Negotiations is a lot like a game of chess.

It’s an ever-changing, well-planned, strategic environment where both sides have to look into the future in order to make smart moves in the present. What separates that for us at the Union Level is that at the core of our Machinist Contracts, it’s about our Brothers and Sisters. 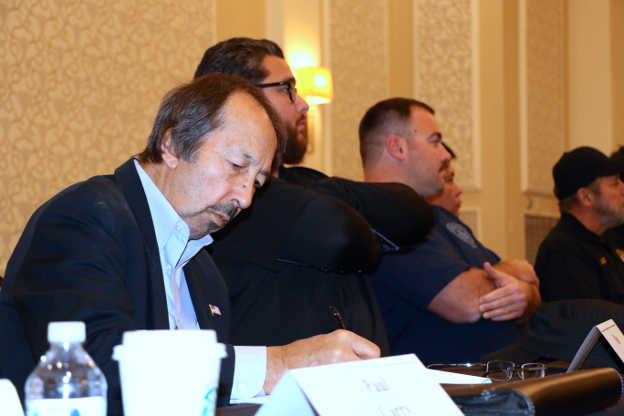 This is Mo and he is part of the Palmdale Group in California. 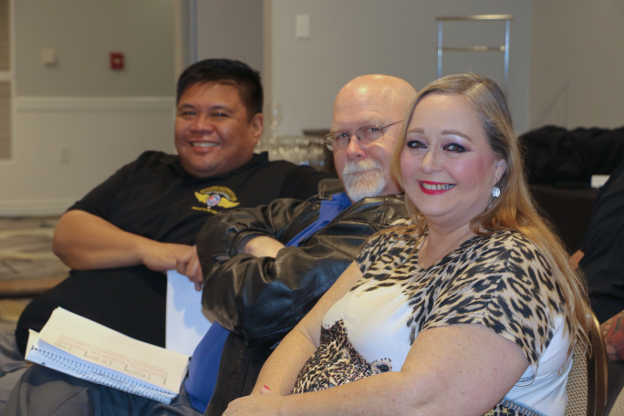 And this is Kim, Kevin and Randy who are also from the Golden State but work in Sunnyvale, CA. 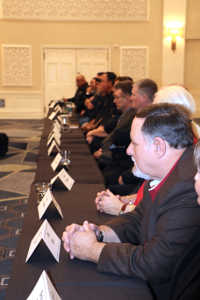 This is Bill Egan is home in Marietta, GA.

These are just a few of the IAM Members representing the thousands back at home who were part of Lockheed Martin Negotiations taking place in San Antonio, TX recently.

“We can never forget that Negotiations are not solely about wages and benefits, but about the Brothers and Sisters we speak for back home,” said Southern Territory General Vice President Mark A. Blondin. “When we sit at these tables, we change lives. That’s a huge responsibility and one that should not be taken lightly. There are thousands of Machinist Members and their families spread across the country counting on the IAM to make sure their future is secure. Your Negotiating Team always makes sure that no one forgets what’s at stake.”

“The men and women that makeup Lockheed Martin are not faceless,” said Western Territory General Vice President Gary Allen. “They are voices in their communities; Boy Scout and Brownie Leaders, Little League Coaches, Ministers and Religious Pastors. A fair contract from Lockheed Martin means sustainability for their families and the communities in which they call home.”

As of last week, the agreement was ratified by Machinist Members in shops across the United States. And there were gains in areas like wages and retirement security, but no one case their vote lightly with so much at stake. Not just for these workers and their families but for workers around the globe. Because the success of one worker is the future for the next.

“I am very proud of the work that was done by the Negotiating Committee in San Antonio. With long hours, and heightened emotions, your Team made sure to work together and put the concerns of the workers they represent at the forefront of these talks,” said IAM’s Aerospace Coordinator and Lead Negotiator Jody Bennett. “And they were successful in bringing home a contract that represents the Voice of the Membership on Lockheed Shop Floors across the U.S.A. We saw that with each vote that was cast and counted.”

To see the final ratification, you can log onto www.iamlockheed.com.