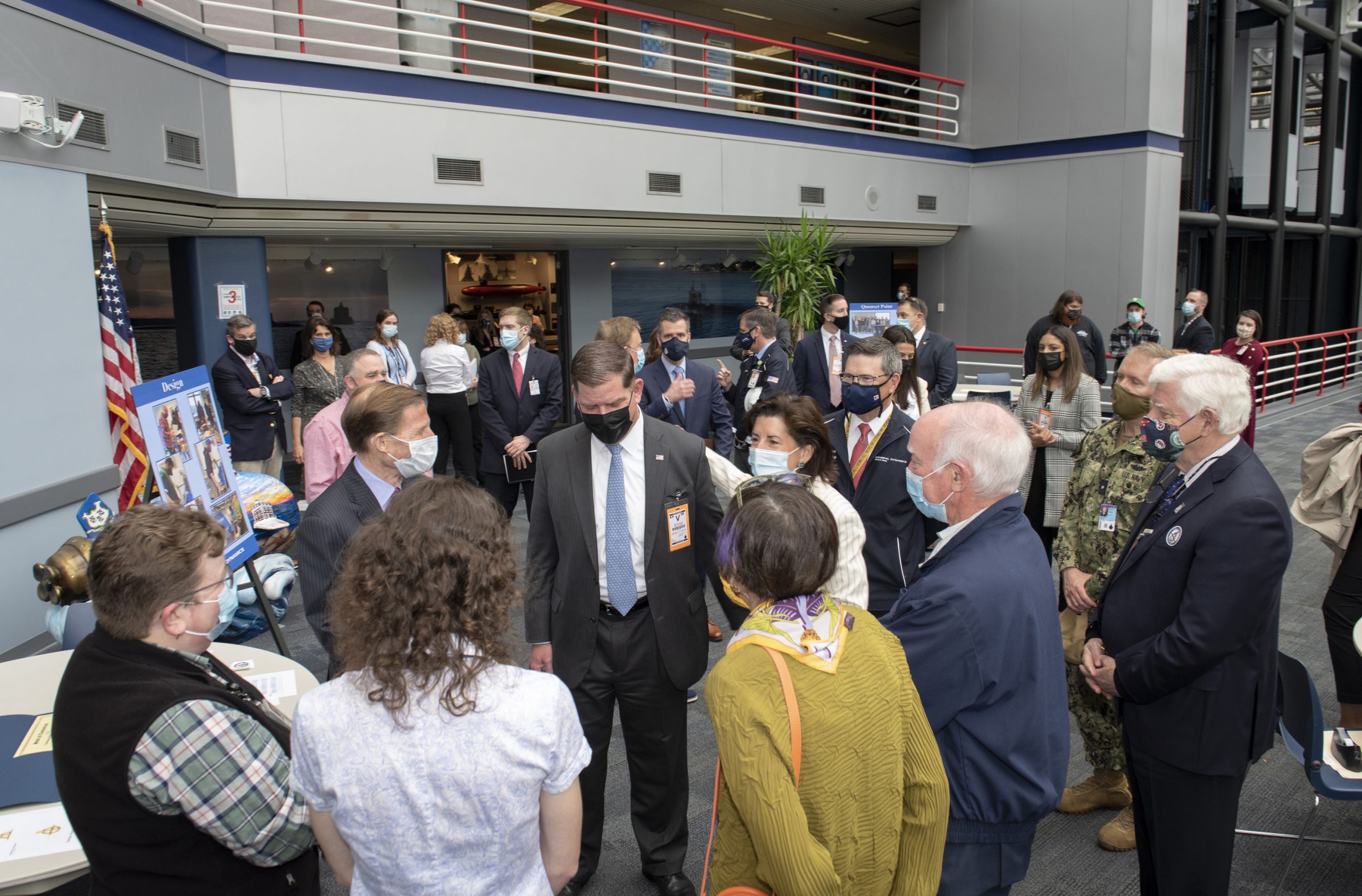 The U.S. Secretaries, who were part of a group led by U.S. Rep. Joe Courtney (D-CT), went on a tour of the busy shipyard and discussed how Electric Boat has utilized federal registered apprenticeship programs like the Eastern Connecticut Manufacturing Pipeline Initiative (MPI) to help train and grow their workforce.

“I want to thank Congressman Courtney for facilitating the visit of U.S. Secretaries Walsh and Raimondo to meet our members at Electric Boat,” said IAM Eastern Territory General Vice President Jimmy Conigliaro Sr. “The IAM is grateful for their continued support of legislation like the MPI that will help provide jobs for future generations of Machinists.”

“We are very fortunate to have a congressional delegation here in Connecticut and also the Secretaries of Labor and Commerce that see the value in supporting programs like apprenticeships,” said IAM District 26 Directing Business Representative Mike Stone. “These programs further our members’ education and, in turn, make for a smarter, stronger workforce to perform the work our companies do such as the growing submarine construction programs at Electric Boat, currently and into the future.”

The National Apprenticeship Act of 2021 would expand access to Registered Apprenticeships, youth apprenticeships and pre-apprenticeship programs. It would also yield a projected $10.6 billion in net benefits to U.S. taxpayers in the form of increased tax revenue and decreased spending on public-assistance programs and unemployment insurance.