It’s About a Veteran’s Quality of Life 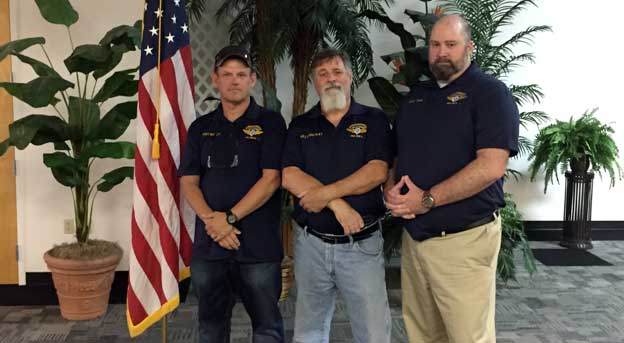 Veterans of the U.S. military deserve the best quality of life this country has to offer. The IAM lives by those words. It especially rings true in the Southern Territory as more and more organized members are coming from the military bases that dot the Southern States.  Here in the South, we are proud to say that nearly 200 Veterans in North Florida have a better quality of life after ratifying their most recent Lockheed Martin contract.  A group of hard-working men and women who take care of the C-130.

“Some contracts are about higher wages. Some target improving health and welfare. Others focus on retirement benefits. Although this ratification included all of those items, its strength comes from its overall advantages to the Quality of Life of these working Americans.  That’s an extraordinary sentiment as it applies to those who fought for this Country and continue to do a job that honors their Military brothers and sisters by making sure they have the equipment they need to come home safely,” said IAM’s Southern Territory General Vice President Mark Blondin.

More than 75% of the group is retired Military working at both Hurlburt Field in Fort Walton Beach, Florida and Bob Sikes Airport in Crestview, Florida. Whether it’s maintenance, inspections or modifications needed by the U.S. Air Force, all members work on Lockheed Martin’s C-130 and C-130J Aircraft.  A second career for most, this group makes sure the USAF has what it needs to succeed in the field.  For some, signing this contract was very personal.

“I’m always proud to ratify a contract but especially when it’s for those who served.  I am Retired U.S. Air Force, 24 years, so I always look at these things from a G.I. standpoint…and Quality of Life is extremely important to these people at this stage in their career,” said Business Representative Brad Smith from IAM’s District Lodge 75.

Yes, the contract offers a higher wage increase than the group has seen in previous years, 2% – 2.5% over 5 years.  And yes, there’s an improvement for those who ‘opt out’ of medical of $1.00 per hour. But it’s the line items like increased notification from 3 to 7 days for changing work schedules that make a world of difference if you are a taking care of a child or a parent at home. It also helps back home that now the group can use their sick and vacation time together. There’s even added premium pay for work on certain aircraft and increases in shoe allowances from $85 to $100 for each worker. All of these changes makes a difference to the bottom line. Or in other words, how much money you have to take care of your family at the end of the day.

“We put some Common Sense back into the language of our Contract,” said Bargaining Committee Member Neil Cabe.

Terry L. Smith of the IAM’s Aerospace Department agrees.  “The IAM has always been a leader in Aerospace. This contract makes sure our Military can continue to attract the very best there is to offer in years to come. We are proud to take care of our Veterans and Retired Military as they have done so much for us.”

Every contract tells a story about the people involved. In the South, when it comes to the Workers of the C-130, that story is about thanking them for their Service to this Country and helping to provide them with the Quality of Life they deserve.

“It makes you ‘puff out your chest’ a bit because we are always thinking of those over there in foreign lands fighting for our Freedoms. We owe them good contracts,” said Brad Smith.