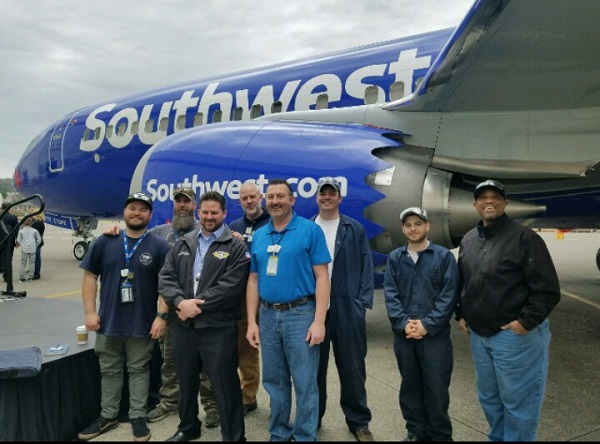 Since 1967, 10,000 737s have been proudly built by members of IAM District 751. The stunning accomplishment is now being recognized by the Guinness Book of World Records for the most commercial jets ever built.

Guinness first awarded the “most produced” title to the 737 back in 2006 when the 5,000th airplane rolled out of the Renton factory. In other words, it’s taken Boeing only 12 years to build as many of the planes as it did during the first 39 years of the 737’s existence.

“Congratulations to the generations of Machinists Union members who have built these incredible airplanes for decades,” said District 751 President Jon Holden. “Our members are proud of the efficiencies they have helped create working closely with SPEEA engineers and techs and other Boeing employees. Together, their efforts have made the Renton plant one of the most efficient airplane manufacturing facilities in the world – demonstrating their tremendous skills and talents every day, as they currently produce 52 airplanes a month. They are truly amazing.”

“Congratulations to the generations of dedicated and skilled Boeing Machinists who share this accomplishment,” said Western Territory General Vice President Gary R. Allen. “I applaud all the men and women of District 751 not only for setting this record, but continuing to be a beacon of light in Washington state. Your work makes life better for your families and for so many families throughout the nation.”

The first production 737 made its first flight in 1967 and is now on display at Seattle’s Museum of Flight. Boeing’s best-known single-aisle passenger jet has gone through several design iterations since then, culminating in four different variants of the super-efficient 737 MAX. Depending on the configuration, passenger capacity can range from 138 to 230 seats.