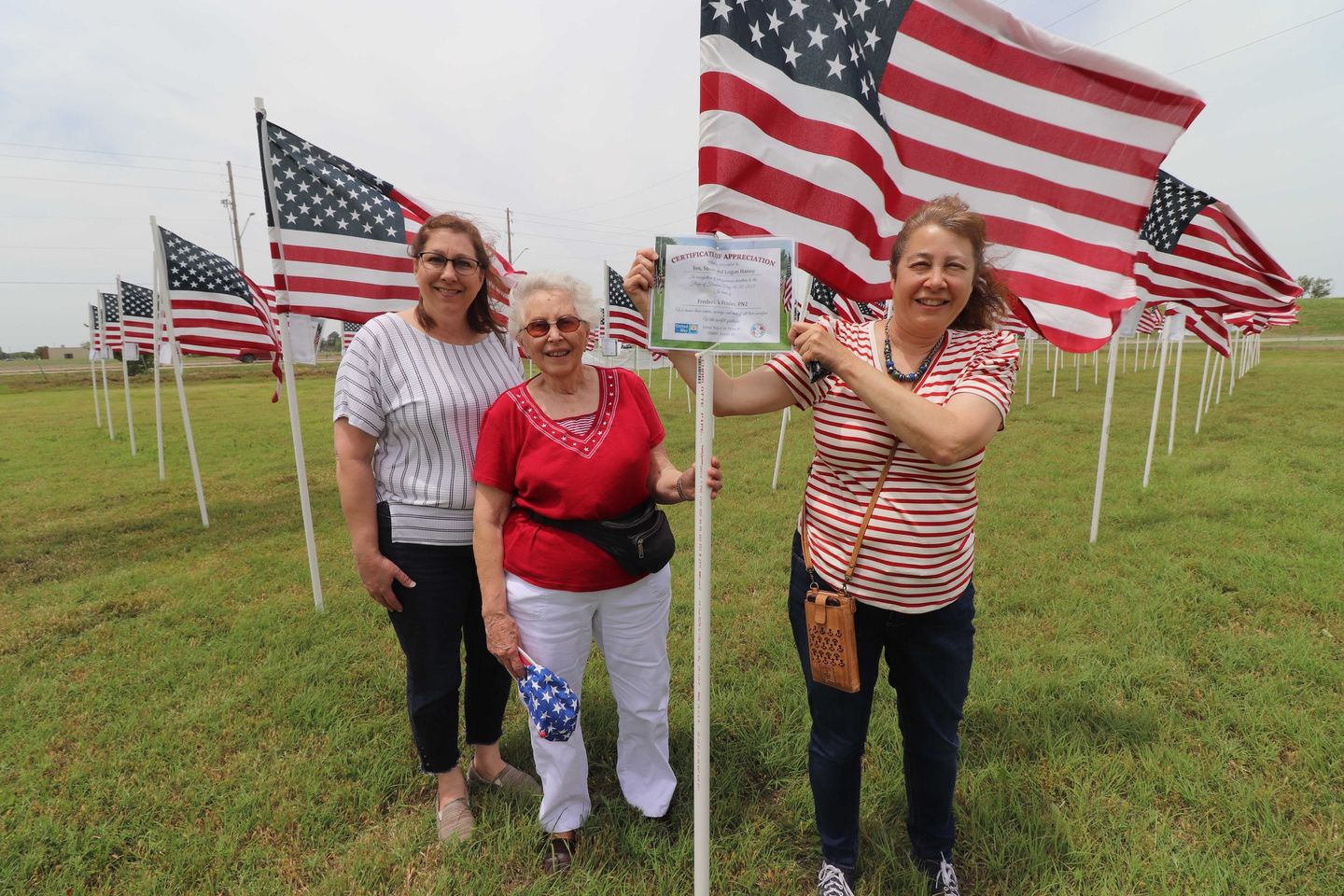 IAM District 70 in Wichita, KS, partnered again with the United Way of the Plains on Memorial Weekend for a Flags of Freedom celebration at the lodge’s union hall. The two-week display of 600 American flags is part of a collaboration to honor, celebrate and remember veterans on Memorial Day.

As a tribute to our great men and women of the United States, Armed Forces for Military Appreciation Month, and Memorial Day, sponsors offered the American flags to support the local United Way community and veteran’s programs.

“Each year now, we place these flags representing our brothers and sisters of the military, and I am humbled every time,” said Cornell Beard, IAM District 70 President and Directing Business Representative. “I learned long ago that freedom isn’t free; just these 600 flags are a small representation of the freedoms we have been given. Thank you all, and God bless all.”

“I am again in awe of the outpouring of respect and love given to our Veterans during the Flags of Freedom Weekend,” said IAM Southern Territory General Vice President Rickey Wallace. “I commend and thank District 70 and all the Machinists who organized and delivered such a great weekend for our military and community. Supporting our military has always been of great importance to the IAM.”