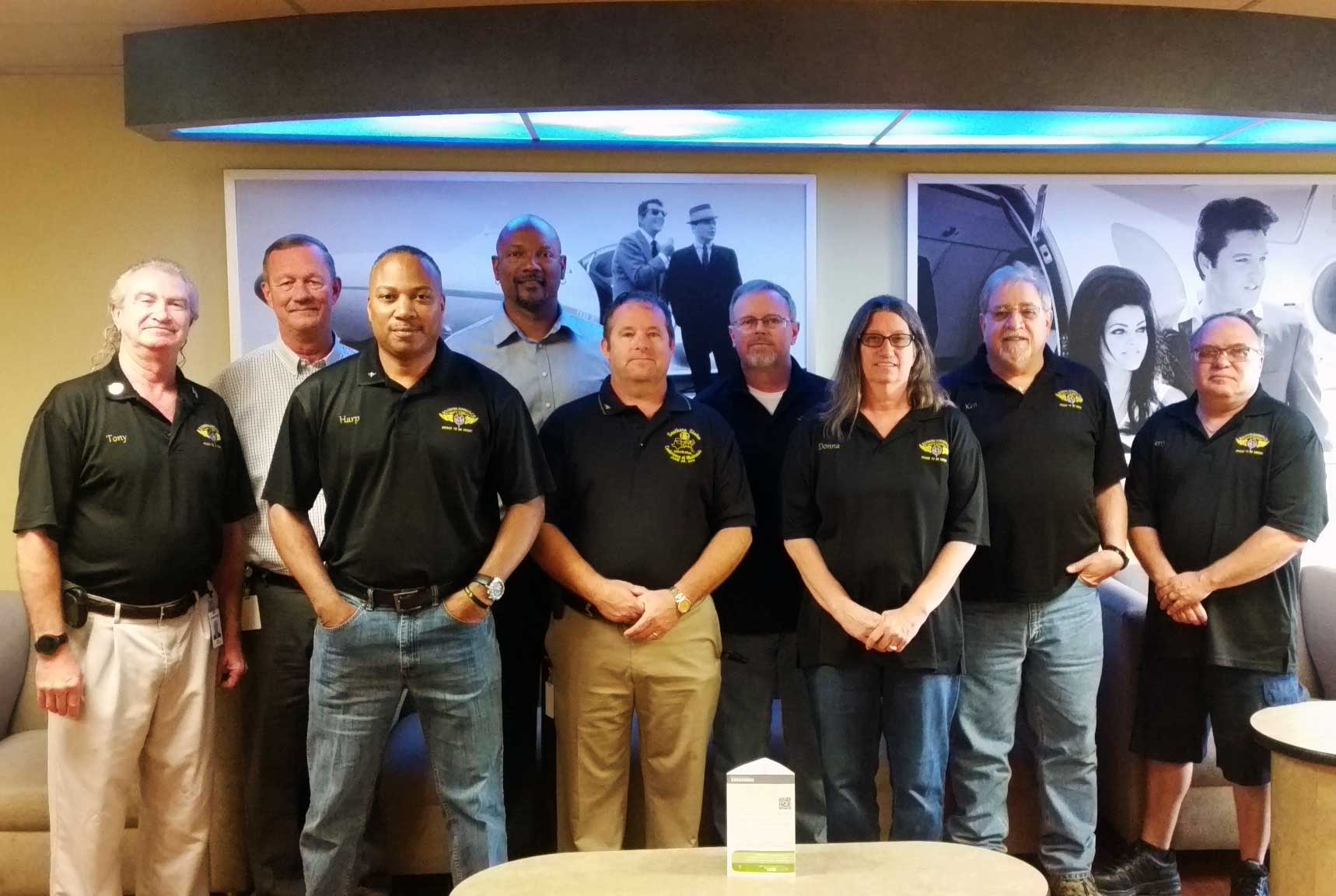 “This is what belonging to the IAM looks like. A strong Union contract that not only takes care of the workers on the shop floor right now, but also sets a trajectory for the future of Aerospace in Wichita,” said IAMAW’s Southern Territory Mark A. Blondin. “That’s a headline worth reading!”

‘One Voice, One Contract’ was the mantra heard among members of Local Lodge 639 during the weeks of negotiations that culminated in a contract between the IAMAW and Bombardier Learjet in Wichita, KS. The final agreement covers 455 Machinists Members and was passed by 92% of those who voted, going into effect at 12:01 a.m. on October 9, 2017.

“The words ‘One Voice, One Contract’ was more than just a slogan on the shop floor. This encompassed what the Membership stood for and how they were willing to fight for a fair deal. The committee took those words to heart and delivered,” said Grand Lodge Representative Mark Love. “They saved pensions, saved health care and added future work – the committee did it all.”

The end result is what workers and their families in the ‘Air Capital of the World’ deserve. The agreement includes increased wages of 6.5% over the life of the contract, pension increases of nearly $3 per month, per year of service for both current and future employees and improvements to supplemental insurance policies for spouses and children.

New line items include the creation of a voluntary separation program for members age 55 or older with 25 years of service and a one-time ratification bonus of $1000 for employees. But it’s the focus on the future and the next generation of workers who will keep Wichita flying, that sets the Machinists Union above the bar when it comes to providing for its members.

Blondin explains how this contract is going to change the lives of future IAM Members. “This is just the beginning for the resurgence of Aerospace, not only in Wichita, but around the globe. The committee was able to partner with Bombardier Learjet and guarantee future work at this facility, giving the next generation job security that’s rarely seen these days. The agreement offers a blueprint for the next wave of Fighting Machinists and their families to live the American Dream. This is why we pay dues and stand in solidarity during the good and bad times – to take care of those who will come after us and make sure this country has a strong foundation that is proud, resilient and Machinist made.”

Because when it comes to Aerospace, it’s the Machinists in Wichita that will continue to set the bar.