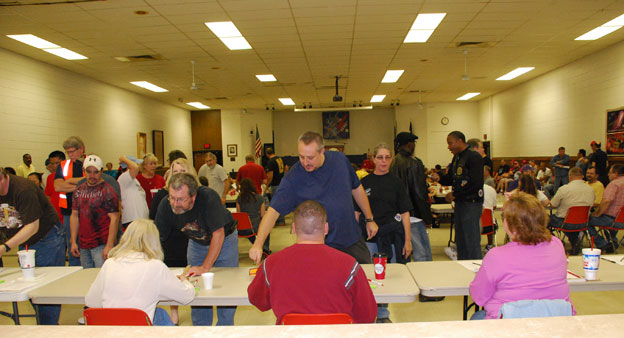 IAM Local 639 members voted to accept an improved contract with Bombardier Learjet in Wichita, KS, with ended their strike that began on October 8, 2012.

Members of IAM Local 639 in Wichita, KS, ratified an improved agreement with Bombardier Learjet that ended a strike at the Wichita facility that began on October 8.

The new five-year deal is an improvement over a proposal previously rejected by the membership and was reached with the help of Federal Mediator John Doern of the Federal Mediation and Conciliation Services.

Key improvements to the initial company proposal were related to health care. The employee share of premiums, which is taken as a bi-weekly payroll deduction, was reduced from 30 percent to 20 percent of the total premium. The company also proposed an extra five percent savings for employees who participate in a wellness program. With these improvements, an employee with single coverage will see a $700 per year reduction in health insurance payroll deductions, while employees with family coverage will see a $2,300 annual savings compared to the company’s pre-strike offer.

The revised contract received the unanimous endorsement of the IAM Negotiating Committee.