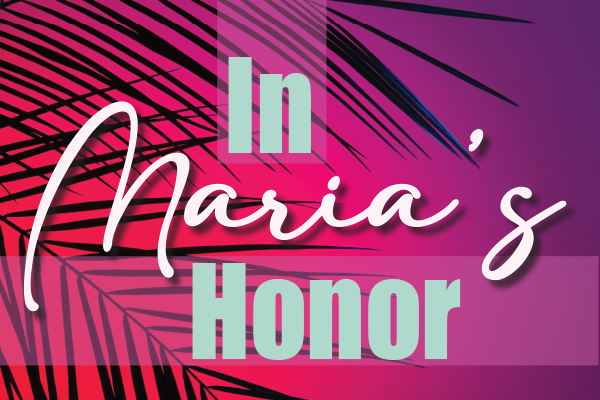 The year 2020 was a time no one will forget. But for many of our IAM brothers and sisters, it will be 2021 that leaves a hole in their hearts. That was when the Machinists Union had to say goodbye to a hero of working people.

Without notice, our union family lost one of its own when IAM Western Territory Grand Lodge Representative Maria Santiago Lillis was taken from this world far too soon. Working families everywhere lost a champion and our union family wept.

But her life’s work left an indelible mark on the IAM and her legacy will live on for generations through the successes of the people she helped. Her union family and allies stand stronger today because of her dedication and her sacrifices for the greater good. 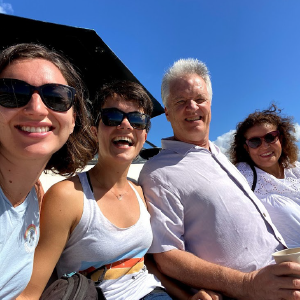 ”She just knocked down barriers with her grace. She used to say, ‘our job is about honor and service. It’s not about making yourself look better,’” said IAM Western Territory General Vice President Gary R. Allen. “All we can do now is try to live up to her legacy.”

As a woman and the IAM’s most senior Grand Lodge Representative, Lillis was led by three core values that she believed could change the union, and the world, for working people. In the Western Territory, they honor the life of Sister Lillis by ensuring that diversity, advocacy and mentoring remain the cornerstones of the work they do.

The IAM has celebrated a lot of firsts. In 1911, the Machinists Union was one of the first in the labor movement to admit women with equal rights. In 1948, the IAM opened membership to all, regardless of race or color, and 1996 brought the creation of the first IAM’s women’s department. Today, we celebrate having a slew of barrier breakers on the Executive Council who are paving the way for the future, from all backgrounds and walks of life, including International President Robert Martinez Jr., the first Latino in North America to head a major international union.

In Seattle, IAM District 751 is again making history with the appointment of Jason Chan to Chief of Staff, the union’s first Asian American to hold that position. Chan understands the responsibility and privilege that comes with the appointment and he’s honored to have the opportunity.

“I’m proud to be the first in this role but it shouldn’t end here,“ said Chan. “It’s my job to inspire someone to do this one day and I’d like to think, if I haven’t already, I will.”
Chan recognizes the importance of his role. Raised as an only child by a single mom, she taught him about hard work and his heritage. He’s seen at home, and on the job, how much it matters to have someone in your corner who shares your values and background..

“We need a diverse union leadership to bring different perspectives and backgrounds so that we make sure that everyone has a seat at the table and that their opinion, needs and intentions are discussed and factored in to our goals,” explained Chan.

Allen has always believed that diversity is the key to success for our union. Initiated into the IAM in 1979, he’s watched as the Machinists Union took great strides to create one of the most diverse memberships found in the labor movement.

“I can remember when I was a young man coming up in this union and all I saw were white faces. And every time I saw someone of a difference race, I gravitated toward that person because we were the only two in the room,” said Allen. “Now there’s a lot more in the room and it’s a testament to our union.” 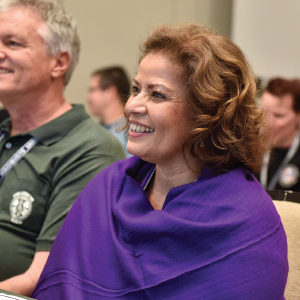 That diversity is now a driving factor throughout the IAM. Like Allen, the Machinists Union understands better representation equals better advocacy, so it matters that everyone has a seat at the table. It was the same conviction Sister Lillis held, to be better advocates, we have to share the members’ values and understand their backgrounds.

“I wasn’t even looking for diversity even though that’s what I got,” said IAM District 947 President and Directing Business Representative Sal Vasquez. “I was looking for the best leaders and advocates for Machinists Union members, and those people just happen to be as diverse as the membership we represent here in the district.”

Today, those diverse voices bring new solutions and different approaches to taking care of the our members, creating better advocates that work together to pave the way for the Machinists Union of the future.

“Like any basketball team, I have my LeBron James, my Kobe Bryant, my Shaq and all these elements, all these different walks of life, come together and gel,” explained Vasquez. “When you bring them together as one team, there’s no mission that can’t be accomplished.”

IAM Local 519 Directing Business Representative Denise Heath, who represents members in Arizona and Las Vegas, saw firsthand how important it was for everyone to be part of the conversation. She worked as an air traffic controller in a male-dominated field. Being a women helped her to be a better advocate for her team.

“When I was a shop steward, there were about ten women in our group of 100 and about five of them were in their mid 30s and starting to have babies,” said Heath. “It occurred to me that we had not provided any place for these women to nurse and store their milk. That was something we needed to solve right away, and we did.”

It’s lessons like that which Heath credits as making her a better union advocate. Finding those concerns that may only apply to a small group and addressing them, lets her members know she is gong to be there for them, night and day, no matter the issue.

“I always tell the members, we are here to get you whatever you need,” said Heath. “That’s our job. It’s not my contract, it’s your contract and we need you to tell us what is important to you.”
Allen couldn’t agree more.

“We are advocates for the membership. If they see value in what you do, they will participate,” said Allen.
Being the best advocate possible is exactly how Sister Lillis lived.

Vasquez remembers fondly the advice she gave him at the beginning of his career when it came to advocacy.
“Be patient, just breathe,” Vasquez remembers Lillis telling him. “You are running a marathon, not a race.”

Words that will continue to ring true for generations to come.

How can I help? 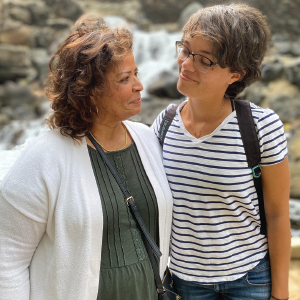 If you knew Sister Lillis, there’s a good chance she posed that question to you often. Those words became synonymous with who she was and how much value she placed on mentoring.

“Since our union started, the men in this organization have always had a mentor to look up to,” said Bonnie Kosten, IAM District 160 Business Representative. “And unfortunately as a woman, that hasn’t always been the case until recently. I am fortunate that Maria was one of my mentors.”

Kosten is not the only one who has seen the benefits of Sister Lillis’ head and heart. And to ensure that every woman in the Machinists Union will always have access to a mentor, the IAM has created the “LEADS” program, which stands for “Leadership Excellence Assembly of Dedicated Sisters.” LEADS is a mentoring program administered by the Women’s and Human Rights Department and the Winpisinger Center that is designed to ensure the continuation of the advancement of IAM women by offering new avenues to leadership for our union sisters.

To further continue the lasting legacy of Sister Lillis and her dedication to mentoring, the IAM Executive Council, in conjunction with the IAM’s Women’s and Human Rights Department, has instituted the Maria Santiago Lillis Advocacy Day – A Commitment to Serve (ACTS). Every year on August 10, in honor of her birthday, the IAM will engage members on the values held by Sister Lillis in the union’s fight for workers’ rights, human rights and social justice for all.

“I am always in the market to find my replacement,” said Vasquez. “I was given the opportunity when I was hired to serve and I value that as Maria did. Mentoring is like a plant. You water it, give it the nutrients it needs, put it in good soil and it will grow. Same with people.”

The Western Territory still grieves for Sister Lillis but together they vow to preserve the values that made her a tireless and fierce advocate for working families.

“The greatest gift Maria Santiago Lillis gave me was her time. She always made time for me if I had a question, needed help or just needed someone to talk to, that was Maria,” remembers Kosten.

“We are going to try to live up to her legacy. That’s all we can do,” said Allen. “We improve lives and she was a master at doing that and if we stay on that path, there’s no better way we can honor her life and all she did for our union family. I will never stop missing her and neither will the working families who are better off today after meeting Sister Lillis.”