Intense Training to Prepare for Upcoming Talks at Cadence 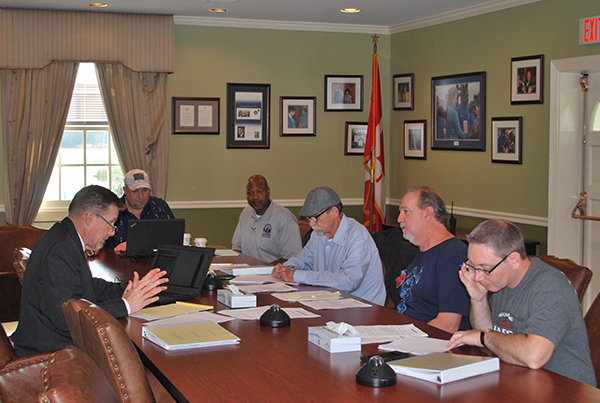 Preparations continue to bargain a second contract for District 751 members at Cadence Giddens in Everett, WA.

The training culminates in a mock negotiation using real issues the committee will bring to the table, with instructors playing the part of hard-nosed company negotiators. The bargaining simulation is designed to give the committee a realistic taste of the often-intense atmosphere at the bargaining table.

“The classes we attended were a true eye-opener to the preparation and skill it takes to have a successful contract negotiation,” said Burch.

“I had a great experience at the W3 center,” said Naple. “The training is intense and demanding, but the take away makes it all worth it. The preparation simulations we ran will provide us with an insight of our negotiations in the near future.”

During the week, the group developed a second, more in-depth prioritizing survey that was distributed at a membership meeting on October 25. The group also drafted a Negotiation Survival Handbook to help members better understand the negotiation process and their role.

The key to successful negotiations is ensuring members are engaged and involved and sending a daily message of unity in support of our union negotiators.