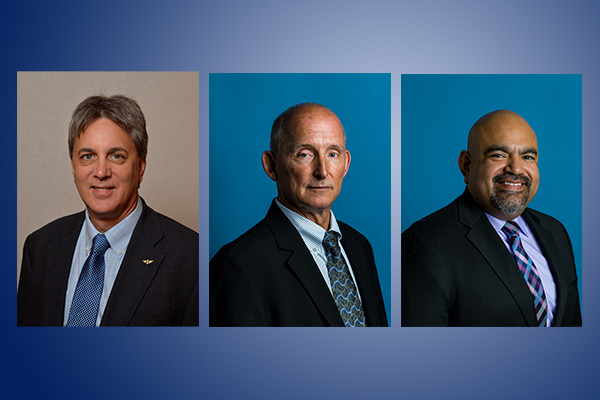 In addition to the Airline Coordinator appointment, Martinez has appointed William Cashion Jr. and Jorge Bonilla as Special Representatives to the Transportation Department.

“All three of these Brothers bring a wealth of knowledge and experience with them making them valuable assets for the Transportation Department and great fit for their positions,” said Martinez. “IAM members working the air transport sector are in good hands.”

“Brothers Regan, Cashion and Bonilla have been negotiating contracts with carriers and servicing Machinists Union members for decades,” said Richard Johnsen, Chief of Staff to the International President. “Their expertise in this area will help ensure our union continues to negotiate the best contracts in the industry for our members.”

In 1993, he transferred to Orlando where he served as a Grievance Committee Person and became the Local 2508 Secretary Treasurer. In 1997, he became Vice President at Large with District 141 servicing the Fixed Base Operators negotiating many Collective Bargaining Agreements.

In October 2000, he was elected District 141-M Assistant General Chairman assigned to the US Airways property and was responsible for the administration of that Collective Bargaining Agreement, which included negotiations and restructuring during the 2003 and 2004 bankruptcy filings.

Bonilla has served as an Education Representative at the William W. Winpisinger Center since August 2017. He was elected Assistant General Chairperson at District 141 in 2014. As an Assistant General Chairperson, Bonilla was responsible for handling grievance reviews and arbitrations for Ramp Service and Customer Service employees at several different United Airline negotiations. He also served on the negotiating team that negotiated the amalgamated agreement at the new United Airlines.

Prior to that he was elected as Grievance Committee Chairperson of the newly formed Local 811. Bonilla’s union activism began at Continental Airlines in 1998 when he joined the IAM in-house team working to organize the carrier.

Bonilla also serves on the Washington, DC board of the Labor Council for Latin American Advancement (LCLAA) and has been an Education Representative for the IAM National Pension Plan.