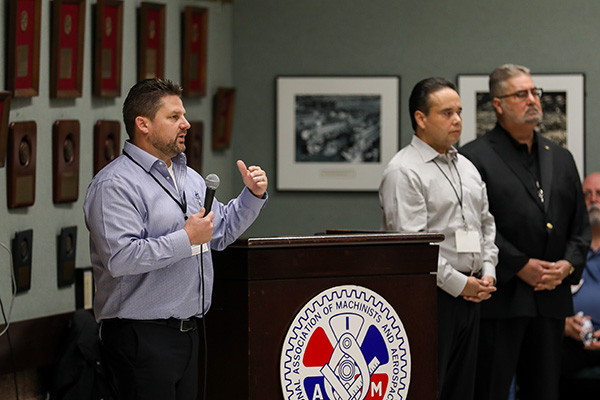 Over 300 members of IAM District 751 attended a Member Solidarity Conference last weekend in Seattle. District leadership puts on the conference to educate members on the power they have when standing together in unity.

View photos from the Solidarity Conference on the IAM Facebook page. 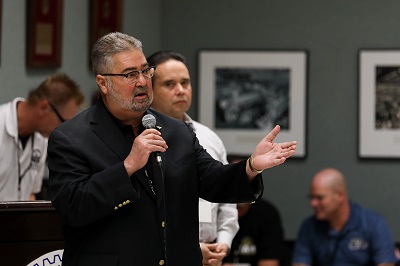 “I appreciated that so many members attended on their own time to strengthen and build their union,” said District 751 President and Directing Business Representative Jon Holden. “Attending were retirees, new members who were hired weeks ago along with active members with over 41 years. Members representing all locals and all sites participated.”

“I am humbled to be in the midst of so many proud and strong trade unionists,” Martinez told District 751 members. “You continue to fight for what is right on the shop floor and in the union hall every day, every week and every year.”

Martinez again praised District 751 leadership and members for their role in enshrining the Membership Bill of Rights in the IAM Constitution at the 2016 Grand Lodge Convention. He also thanked them for their solidarity with newly-organized IAM members at Boeing South Carolina. 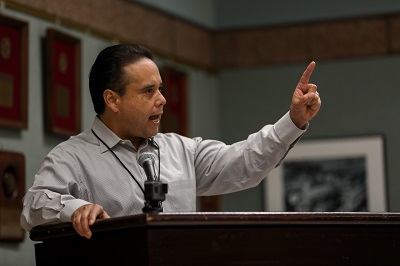 “Boeing may think they can keep IAM representation from South Carolina workers, but let me promise you something right here and now, they will never, ever succeed,” said Martinez.

“2024 is quickly approaching and will be here before we know it! Every single gain we have made has been accomplished by working people standing together,” said Allen. “It is events like this Solidarity Conference that will ensure that our members are well educated and well equipped for the challenges ahead.”